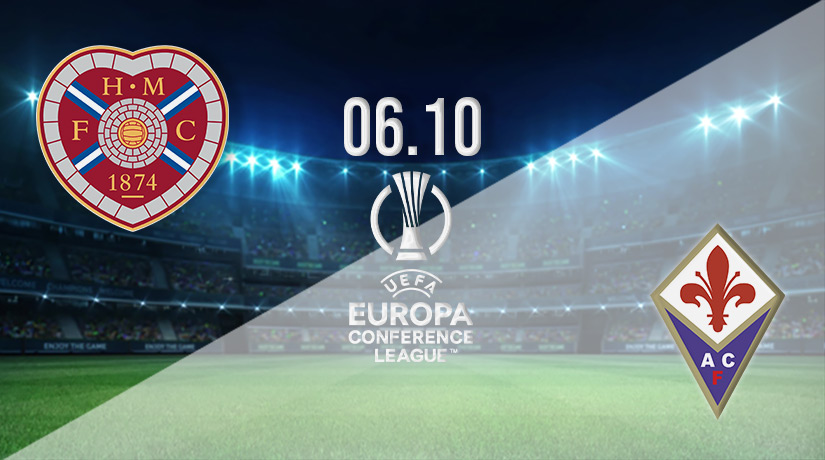 This looks set to be a very exciting fixture in Group A of the Europa Conference League this week. Fiorentina will need to get a first win if they are aiming to finish top of the standings, while Hearts have put themselves into a very strong position after winning once from two fixtures.

The second half of fixtures in Group A look set to be decisive when it comes to the clubs that will successfully manage to make it out of the opening stage of the Europa Conference League this season. Hearts come into this fixture in a fairly strong position, as they have won once from two fixtures played so far. During that run, they have scored twice, but have conceded on four occasions.

They finally managed to record a first victory in the competition in their previous fixture, as they edged towards a 2-0 success on the road against RFS. Lawrence Shankland scored the opening goal in the fixture from the penalty spot after 43 minutes, before the win was wrapped up with the last kick of the game by Alan Forrest.

However, Fiorentina are still likely to come into this fixture as the clear favourites to get the victory. But, they have picked up just a single point from the two games that they have played in the competition to this point, and have scored just one goal. That start to Group A currently sees them sitting bottom of the standings at this early stage.

They will certainly need a better performance than they managed in their previous fixture, as they were dismantled by Istanbul Basaksehir on the road. The Italian giants were hammered 3-0 in that fixture, while Jonathan Ikone was also sent off for Fiorentina with 15 minutes remaining, meaning that he will miss this fixture on Thursday.

Hearts vs Fiorentina Head to Head

Hearts have started the Europa Conference League in better form than Fiorentina this season, which makes this match relatively hard to judge. However, it could be hard to get past the Italian giants, as they should have enough firepower to edge towards a narrow victory in Scotland.

Make sure to bet on Hearts vs Fiorentina with 22Bet!