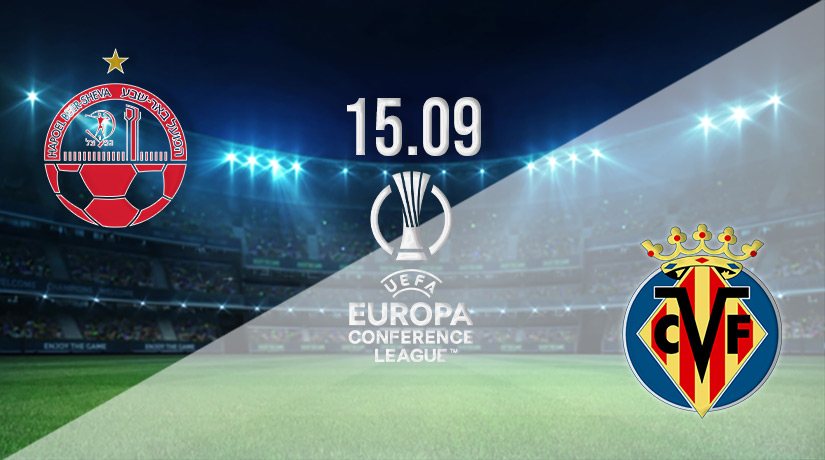 Two sides that started Group C in the Europa Conference League with positive results will clash in the second round of fixtures this Thursday. Both Hapoel Beer-Sheva and Villarreal avoided defeat in the opening round of fixtures, with the Spanish giants currently sitting top after claiming victory at home.

Group C got off to a very exciting start in the Europa Conference League last week, with all four sides in action. However, it is Villarreal that currently lead the way in the standings, as the Spanish giants picked up victory in the opening round of fixtures. They were the only side to claim a win on matchday one, as they played out a thrilling match in Spain against Lech Poznan.

The Spanish side eventually came out on top in that thrilling fixture, as they claimed a 4-3 success. The winning goal was scored in the 89th minute by Francis Coquelin, as the midfielder was the unlikely hero. Villarreal had come from behind earlier in the fixture, with Samuel Chukwueze scoring, and Alex Baena finding the net on two occasions.

Hapoel Beer-Sheva would have been happy with the start that they made to the group stages, as the side from Israel picked up a 0-0 draw away from home against Austria Wien. However, they will be looking to register a victory in the second attempt against the current leaders in Group C this week.

The drama wasn’t as high in the Hapoel Beer-Sheva game last week, as neither they nor Wien could break the deadlock. It appeared as through the side from Israel were happy with a point from that fixture, as they sat back throughout the fixture, and failed to register a single shot on target in the 90 minutes.

This will be a first ever competitive meeting between Villarreal and Hapoel Beer-Sheva. Both sides will be looking to gain an advantage in the overall record ahead of the return game at the end of October in Spain.

Hapoel Beer-Sheva are likely to play with a similar system as they did last week against Villarreal. However, we find it very hard to see them keeping out the Spanish side this week, as Villarreal has far too much talent in the final third. We could see the away side winning 3-0.

Make sure to bet on Hapoel Beer-Sheva vs Villarreal with 22Bet!