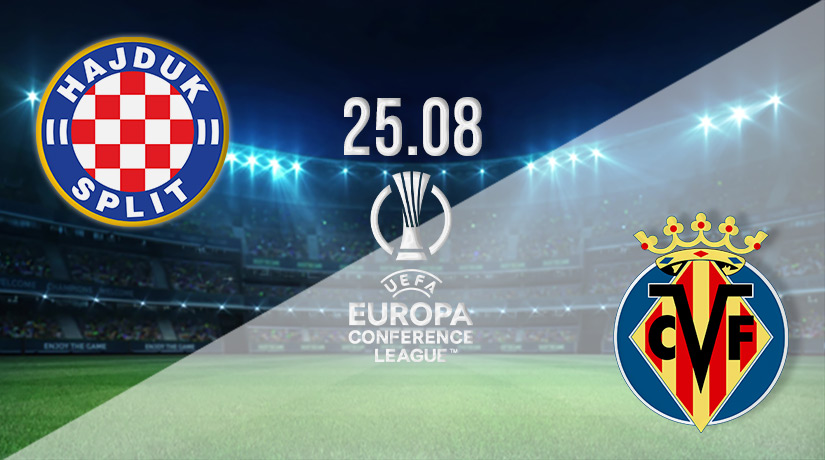 One of the most entertaining games in the Europa Conference League playoff round will reach its conclusion on Thursday, as Villarreal and Hajduk Split meet in the second leg. There will be a big challenge for the home side, as they lost 4-2 in Spain last week.

The first leg between these two sides was one of the most entertaining in Europe last week, and neutrals will be hoping for more of the same when they clash in Croatia on Thursday.

The two sides shared six goals in an action-packed first leg on Spain last Thursday, with Villarreal eventually coming out on top with a 4-2 victory. Villarreal side fell behind early after a Stipe Biuk goal. However, they hit back quickly and went into the break with a 4-1 advantage following a brace from Jose Luis Morales, and own goal and a Gerard Moreno strike.

But, the Spanish side won’t be counting their blessings just yet, as Split scored with just five minutes remaining to ensure that they are still in the tie. Marco Fossati’s penalty could yet turn out to be a crucial moment in the contest of the tie.

However, Split will be aware that they are up against it for the second leg, as Villarreal have started the new season in fine form. They have won both of their opening fixtures in La Liga, and sit top of the standings. Their latest win was a 2-0 away success against Atletico Madrid. Yeremy Pino and Gerard Moreno scored the goals in the win. Split also warmed up for the return leg with a victory, as they beat NK Lokomotiva 2-1 at home on Sunday afternoon.

Last week’s meeting between the two sides was the first time that Villarreal and Hajduk Split have met in European competition. However, this remains a huge challenge for the Croatian side, as the Spanish team has an excellent record in qualifying fixtures. Villarreal has won six of their previous seven qualifying fixtures in European competition.

This tie is finely poised, and the first goal could prove crucial. However, we find it challenging to see past Villarreal, who have been in excellent form at the start of the new season. We could see the Spanish side picking up a 2-1 victory to book their place in the group stage of the Europa Conference League.

Make sure to bet on Hajduk Split vs Villarreal with 22Bet!