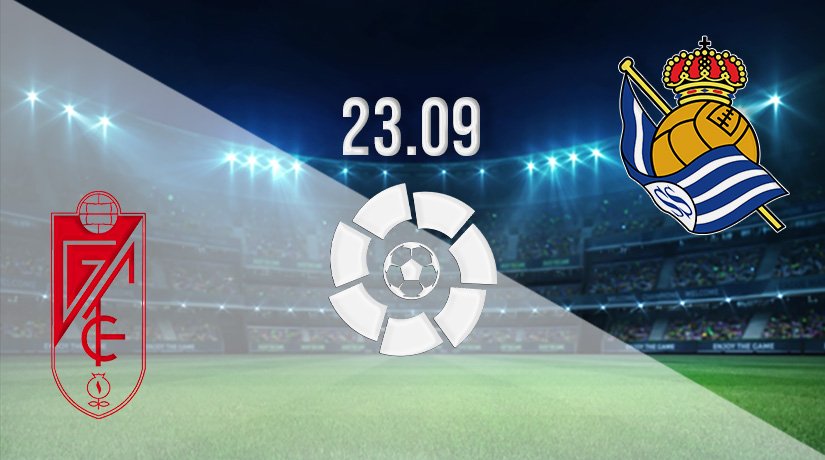 Real Sociedad will be looking to move into La Liga’s top four on Thursday evening, as they travel to Granada. But, can the hosts build on their recent draw against Barcelona?

Real Sociedad have been knocking on the door of La Liga’s top four for the past couple of seasons, and this could finally be their chance to crash the Champions League party in Spain. Sociedad have started the new season in good form, winning three of the five games that they have played. They have conceded just four goals in the league so far this term, and are unbeaten in their last four league fixtures. After three straight wins, Sociedad were held for the first time in their most recent game in the Spanish top-flight. They would have certainly been appeased with a point from that fixture, as they drew 0-0 against Sevilla. The two sides matched up very well in that fixture, with Sociedad and Sevilla both recording four shots on target. However, both looked content to settle for a point in the final stages.

Granada picked up a famous point in their last fixture, as they drew 1-1 against Barcelona. The point was a good result for them, as they are now level on points with Espanyol, who are currently in 17th place in the league standings. It has also opened up a game between Granada and the two sides stuck at the bottom of the standings with zero points. Granada would have taken massive pride from that performance against Barcelona, as they took the lead inside two minutes through Domingos Duarte. However, despite their excellent defending, their resistance was eventually broken in the closing stages, as Barcelona equalised with just stoppage time remaining.

Granada have picked up positive results against Sociedad in recent seasons, as they have won two of the last three. However, Sociedad still have a dominant record, having won six of the previous eight fixtures between these two sides.

Sociedad look like a side that is more than capable of finishing in a Champions League position this season. However, this will be a fixture that they will need to win if they are to achieve that target. We struggle to see past them getting the victory on Thursday, despite the confidence that a draw against Barcelona would have given Granada.