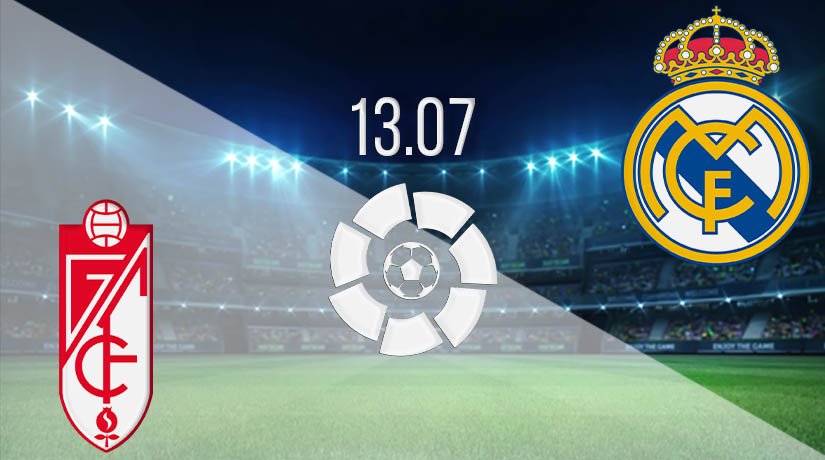 Real Madrid’s march towards the La Liga title will continue on Monday night as they will travel to Granada looking to restore their lead at the top of the table. But, could Granada potentially cause a huge upset against their illustrious opponents?

Real Madrid have been in excellent form since La Liga resumed, as they have a 100% record in the league. Their excellent record has ensured that the pressure on Barcelona was too great for them to withstand. Barca had the advantage in the title race when the season resumed, but that has been quickly removed as Madrid are now four-points clear going into the 36th round of fixtures. Defensively they have been stronger than Barcelona this season, and that will be the biggest reason for their success this campaign.

They have conceded just 21 goals, which is the lowest in La Liga this season. Barcelona have conceded nearly double that total. That excellent defensive record has been on display over Madrid’s last five matches, as they have kept five clean sheets in a row. During that run, Real have scored seven goals. Their last victory in La Liga came on Friday night as they beat Alaves 2-0, with the goals being scored by Karim Benzema and Marco Asensio.

Granada have also enjoyed an excellent season, and they will still be hoping that they will be able to finish in the European places this season. They are just one point away from the Europa League places, and have been in decent form over their last three league games. They are unbeaten during this run, and have won twice. The most recent of those victories came on Friday night as they stunned Real Sociedad to win 3-2. Antonio Puertas, Roberto Soldado and Domingos Duarte scored the goals to get the win for Granada.

Granada do not have the best record against Real Madrid, as they have lost the last nine against them. Granada’s last win in this fixture came in 2013, which was the only time that they have beaten Real Madrid. The fixture earlier in the season was an entertaining game, as Madrid claimed a 4-2 success.

It is hard to see anything other than a win for Real Madrid in this fixture. They can almost touch the La Liga title now, and it looks impossible for them to lose their lead.