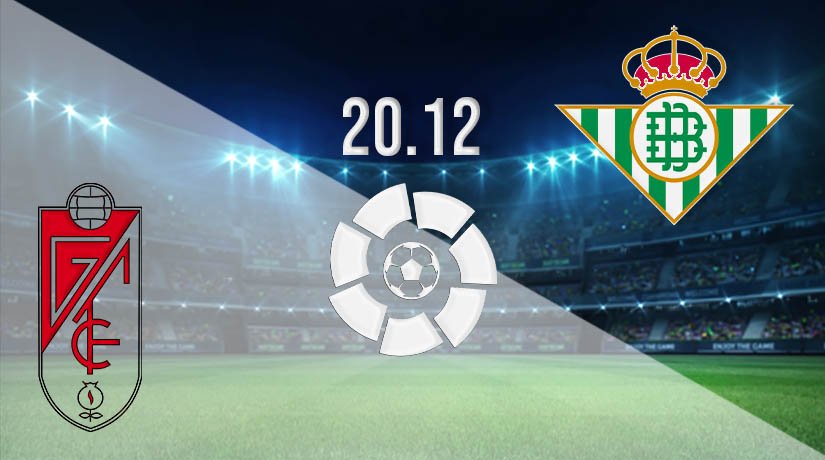 Not many experts would have predicted Granada to be above Real Betis coming into the busy festive period, but will the hosts be able to continue their decent start to the season with three points before Christmas?

Granada find themselves in a battle for a Europa League place at this early point of the season, as they have won five of their 12 league games. They have bounced back into good form over recent weeks after failing to win in five games. However, they won last time out, which improves their record to two without defeat. They are conceding too many goals to be considered one of the side’s that could finish in the top six however, as they have already let in 20 goals this season. They returned to winning way against Elche last time out, as they picked up a 1-0 won. Luis Suarez scored the winning goal before the break, but Granada were outplayed in that contest throughout much of the game.

Real Betis have shown over recent weeks that they could be showing signs of a recovery. Betis lost three games in a row recently, but have bounced back into decent form by being unbeaten in their last two. They won against Osasuna to end the losing streak, before they were able to claim a deserved draw in their most recent fixture against Villarreal. Aitor Ruibal scored the equalising goal for Betis in that draw, as he fired home six minutes into the second half. This will be a difficult challenge again this weekend, as Granada will look to counter attack on Betis throughout the match.

Betis haven’t beaten Granada in four years, with their last win coming in the form of a 2-0 success in 2016. Granada have won two of the previous four meetings since that contest, which includes two wins in the most recent two games that they have played at home. The last fixture between the two sides ended in a 2-2 draw.

This is a match that could go either way, as neither side have been able to put together a run of momentum at present. Betis will need to ensure that they aren’t struck on the counter-attack, but they would be our pick to claim the three points.

Make sure to bet on Granada vs Real Betis with 22Bet!