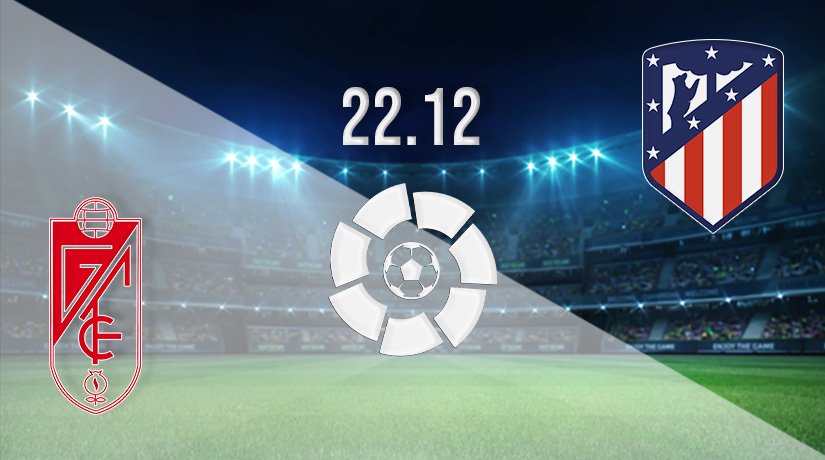 It hasn’t been the Christmas period that Atletico Madrid would have been hoping for so far this year, as Diego Simeone’s side have been giving away three points as presents for opposing sides in recent weeks. Atletico will be hoping to end a three-game losing run away from home against Granada on Wednesday evening.

Atletico’s chances of reclaiming their La Liga title this season look incredibly slim following their recent run of form. They are now 14 points behind the league leaders, and have lost each of their last three fixtures in the league. Atletico have also dropped outside of the Champions League places following that run of form, and they will drastically need to change their fortunes to get back into contention.

Granada will be hoping for a big win themselves this week, as they look to move clear of the relegation places. They are currently sitting in 15th place, and have a four point cushion over the side in 18th in the league standings.

They have been in decent form recently, as they have gone four without a defeat, and won for the fourth time this season at the weekend. They picked up a 4-1 win against Mallorca in their last fixture, as Jorge Molina scored a stunning hat-trick. Antonio Puertas also added a goal in that strong outing.

Granada are winless in their last 16 games against Atletico. That record stretches back ten years, with the best result that they have picked up coming in the form of a 1-1 draw in November 2019. Atletico have won the last three against Granada, and have scored nine goals.

The head-to-head record makes for grim reading for Granada. However, based on the form that Atletico have shown in recent weeks, they may be confident of getting something out of the game on Wednesday. Because of the form of both sides, we will be taking a chance on the draw.

Make sure to bet on Granada vs Atletico Madrid with 22Bet!