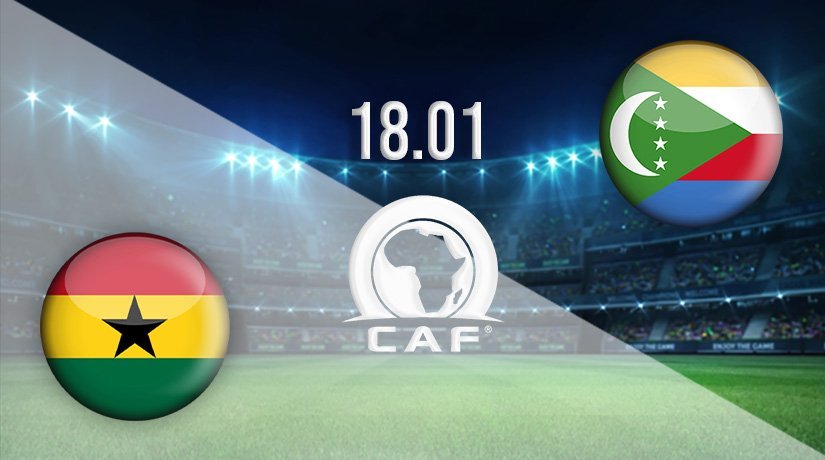 Ghana vs Comoros Prediction: African Cup of Nations Match on 18.01.2022

Ghana are staring down the barrel of an embarrassing exit from the Africa Cup of Nations. They must get a win on the final matchday against Comoros, and hope that the result in the match between Gabon and Morocco goes their way.

It has been a timid showing from Ghana in the Africa Cup of Nations so far this year. They have picked up just one point from the two games that they have played, and could face elimination at the group stage should they not claim a victory against Comoros on the final matchday in the group.

It hasn’t been an easy run in the Africa Cup of Nations for Ghana, as they have needed to come up against two toughest sides in the group in their opening two games. However, just a point from those two fixtures means that they are three behind Gabon, who are currently in second in Group C.

Ghana picked up a draw against Gabon in their last fixture. They took the lead after 20 minutes through a thunderbolt from Andre Ayew. However, they couldn’t hang on as they conceded a late equaliser with just two minutes remaining.

Comoros are already eliminated from the Africa Cup of Nations this year, but they will be hopeful of ending their tournament on a positive. They are currently bottom of Group C, having lost both of the two matches that they have played to this point.

They have failed to score in each of their first two games, and have allowed three goals. Comoros were easily beaten in their second outing in the group, as they fell to a 2-0 defeat against Morocco. Morocco scored after just 16 minutes, before wrapping the game up with just a minute of the 90 remaining.

Ghana vs Comoros Head to Head

This will be the third meeting between Ghana and Comoros. Both previous meetings came in November 2015, with Comoros drawing 0-0 in their home game, before being beaten 2-0 in the return fixture just four days later.

Comoros have really struggled in both of their Africa Cup of Nations games to this point. It looks as though they will end their tournament with a third straight defeat, as Ghana desperately need to pick up their victory to keep any hopes that they may have of reaching the next round alive.

Make sure to bet on Ghana vs Comoros with 22Bet!