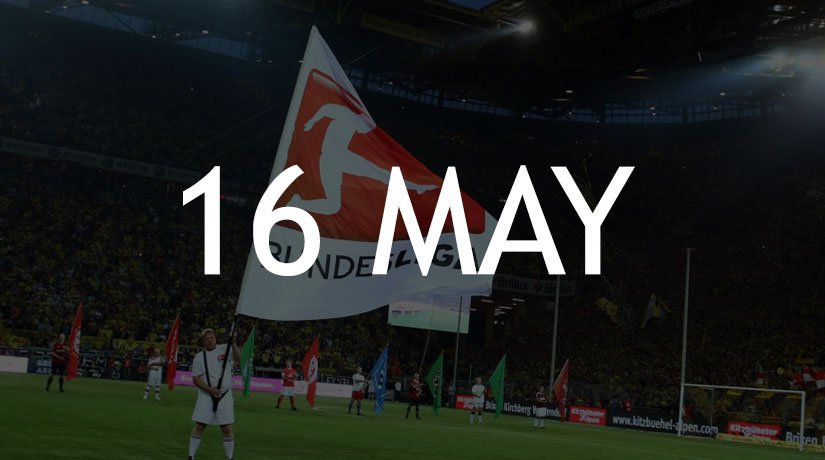 Germany’s Bundesliga Cleared To Return On The 16th May

The news that all football fans was hoping for finally arrived on Wednesday, as Chancellor Angela Merkel revealed that the Bundesliga has been cleared to return on the 16th May. Merkel left the date up to the DFL to confirm, but the organisers swiftly revealed the date that football would resume in Germany.

Unfortunately for fans, all of the games will be played behind closed doors to minimise the risk of the spread of the virus. The DFL have already revealed that the players and officials will all have to be tested before any match is played. Strict health measures are to put in place to ensure that the competition can resume. There will be around 300 people in attendance for the matches, with these being made up of players, officials and backroom staff.

Bundesliga: Where We Left Play

The play has been halted in Germany since the 13th March. However, clubs have been able to train together in small groups since the middle of April. The games that fans will be looking forward to when play resumes include Borussia Dortmund against Schalke and Bayern Munich facing off against Union Berlin.

The gap at the top the league is slender for Bayern Munich, which means every point will be essential for them if they are to retain the Bundesliga title for the eighth year in a row. Bayern have a four-point advantage over Dortmund ahead of the restart. Before action was halted, Bayern has won five of their past six matches. Dortmund meanwhile boasted the same record, but their defeat Borussia Monchengladbach means that the gap was bigger than it could have been.

That frightening run of form by Bayern has left RB Leipzig’s chances of an unlikely league title hanging by a thread. Leipzig are five points behind the league leaders after winning just two of their last six league games. They now face a fight to finish the season in a Champions League place as Monchengladbach, and Bayer Leverkusen are just one and three points behind them respectively.

Meanwhile, at the bottom of the table, Paderborn seem to be looking down the barrel of relegation as they are ten points ahead from 15th placed Mainz. However, Werder Bremen and Fortuna Dusseldorf still have hopes of avoiding the relegation playoff. Dusseldorf are just four points behind Mainz, and they will be hoping to bridge that gap when they face off against Paderborn when the season resumes.