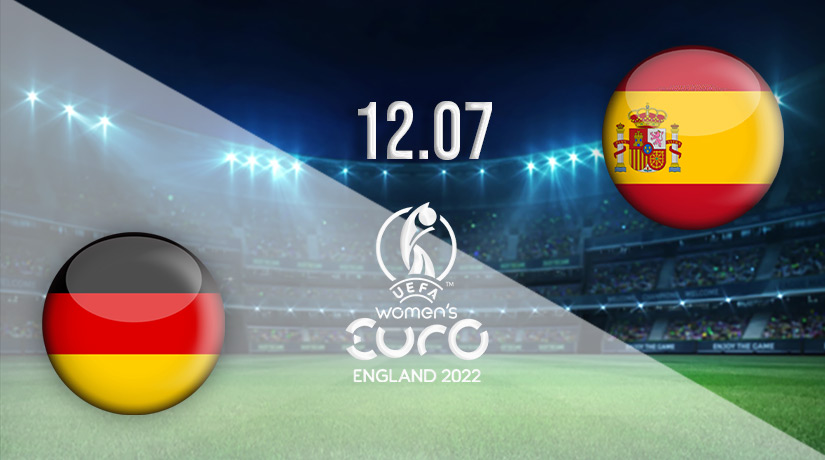 Matchday two in Group B of Women’s EURO 2022 takes place on Tuesday, as both Germany and Spain will be looking to effectively book their passage through to the knockout round. Both sides started with big victories, but which nation will be able to maintain that form with a second straight win?

Germany may have been considered dark horses when the Women’s EUROs got underway, but they remain an incredibly competitive side in the international game. They currently sit top of Group B, and will be aware that a second straight victory would effectively ensure their passage through to the knockout round. They look good value to reach the knockout round anyway, as they haven’t been eliminated in the group stage since failing to quality for the EUROs back in 1987.

Their campaign got off to a perfect start on Friday evening, as they won handsomely against Denmark. The Germans ran out comfortable 4-0 winners, which means that they have now scored eleven unanswered goals in their previous two fixtures. Lina Magull opened the scoring after 21 minutes, before further goals were added in the second half by Lea Schuller, Lena Lattwein and Alexandra Popp.

Spain won on opening night at Stadium MK against Finland. However, they didn’t have it all their own way in that fixture, as they fell behind after one minute. But, Spain responded in excellent fashion, and went into the break 2-1 up after goals from Irene Parades and Aitana Bonmati. Further goals in the second half were added by Lucia Garcia and Mariona Caldentey.

Germany vs Spain Head to Head

Spain are yet to win in five previous matches against Germany. Three draws have been played out during that period, while Germany has recorded two victories. The previous meeting between the sides came in an international friendly, with the sides playing out a 1-1 draw in February.

Germany will certainly fancy their chances against the Spain defence, as they have appeared vulnerable in recent fixtures. Therefore, the best play for this fixture could be a bet on both teams to score.

Make sure to bet on Germany vs Spain with 22Bet!