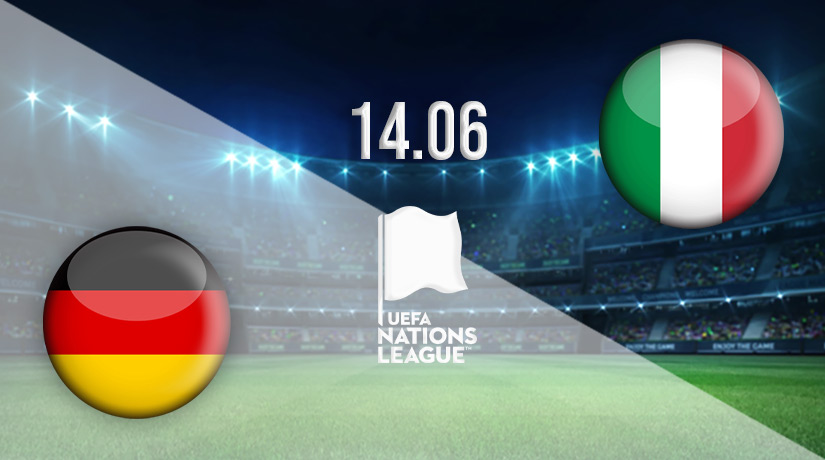 After three straight 1-1 draws, Hansi Flick’s Germany will be looking for their first win of the Nations League campaign when they host Roberto Mancini’s Italy at Borussia-Park on Tuesday at 19:45GMT.

Can Germany Get their First Win of this Nations League Campaign?

Germany have been underwhelming in their Nations League campaign, winless in three outings, and just one point above bottom-of-the-group England.

Their match against group leaders, Italy will be important as Flick seeks to find a way to reinvigorate his team and ensure they get the spark they need to overcome the reigning European champions.

Flick will also have his eye on their World Cup opener against Japan on the 23rd of November as they navigate their Nations League. Therefore, they will be looking to bolster their form and gather momentum before Qatar 2022 kicks off in November.

Can Italy Maintain the Top Spot in the Group with a Win in Germany?

Italy have had a decent start to their Nations League campaign with two draws and a win.

Roberto Mancini has focused on ensuring that his side get over the disappointment of missing out on the Qatar 2022 World Cup as they set about bolstering their chances of winning the Nations League.

However, with their form stop-start, Mancini will be hoping his side can be at their best as they face Germany in a rematch, with the earlier fixture ending in a 1-1 draw in the opening match between the two sides in Italy.

Italy will focus on their tactics to enable them to contain the attacking threats posed by Germany, especially playing at home, as they seek to hold on to their position at the top of the group.

Germany are unbeaten in their last five outings in international football. However, they have won just once in this run, with the rest of the matches ending in 1-1 draws.

The win for Hansi Flick came in a friendly match against Israel, which ended in a 2-0 win as they prepared for the Nations League campaign. However, this win has been followed by four consecutive 1-1 draws.

This run includes a 1-1 draw with the Netherlands in an international friendly, and subsequent draws in the first three Nations League fixtures against Italy, England, and Hungary.

The latest 1-1 draw away to Hungary was especially surprising for Germany as they fight for their first win of the campaign.

Roberto Mancini’s side have won two out of their last five outings in international football. The Azzurri have also drawn twice and lost once in the process.

The draws have come in the Nations League fixtures against Germany (1-1) and England (0-0).

The defeat came in the CONMEBOL-UEFA Cup of Champions Final clash with Argentina, which ended in a 3-0 reverse.

The Sassuolo striker, if given the nod to lead the Azzurri attack, will be crucial for Mancini’s approach to the match.

With Germany expected to dominate possession and the tempo of the match, Italy will look to be clinical in front of goal and take their chances. Scamacca will be crucial in this respect given his cutting edge.

The Bayern Munich forward is a crucial part of Germany’s attacking unit. His work rate down the wide areas is crucial for Flick’s side as they seek to dominate the ball, press incessantly, and put the opposition under pressure.

He will be crucial in the match against Italy on Tuesday.

Germany are expected to dominate possession of the ball and dictate the tempo of the match.

Italy will be solid and use quick transitions and a medium press to pose a danger to Germany.

Germany will win their first match of the Nations League campaign and bolster their position in the group.

Make sure to bet on Germany vs Italy with 22Bet!