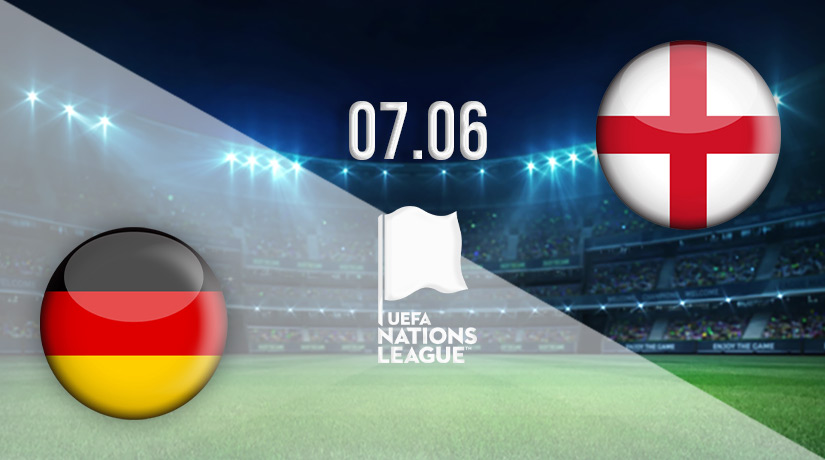 After the 1-1 draw in Italy, Germany will be looking to notch their first win of this Nations League campaign when they face England, who are reeling from the surprising 1-0 defeat in Hungary and will be looking to bounce back right away at the Allianz Arena on Tuesday at 19:45GMT.

Can Germany Win their First Match of this Nations League Campaign against England?

Germany will be looking to make a strong statement when they meet England on Tuesday in the Nations League matchday 2. This will be the first meeting since the defeat to England in the UEFA Euros ground-of-16 (2-0) that ended Germany’s involvement in the tournament.

For Hansi Flick, this match will be crucial in examining the progress Germany has made since the Euros, especially as they prepare for their World Cup opener against Japan in Qatar in November.

Most importantly, Flick’s Germany team will be looking to notch their first win in this Nations League campaign after their matchday 1 against Italy ended in a 1-1 stalemate.

They will be aware that England will be looking for a response after their opening day defeat in Hungary that leaves them at the bottom of their group.

Can England Bounce Back from the Surprising Defeat to Hungary with a Win in Germany?

Gareth Southgate will be seething with how his Three Lions side lost the match against Hungary on match day 1. He will be looking for an immediate response from his side when they tale on Germany on Tuesday.

England’s performance in Hungary lacked rhythm and intensity, and the team was not precise in their play to cause Hungary many problems.

The nature of the performance will worry Southgate more than the result; his focus will be to get a better performance with intensity, rhythm, and aggression, which have characterized the Three Lions in recent years.

Gareth Southgate will also focus on bolstering the pressing and defensive side of the English game to ensure that they will not give away many chances to the German offensive players.

Germany are unbeaten in the last five outings in international football; they have won three times and drawn twice in this run.

They have kept two clean sheets in this run of form while they have conceded three goals throughout the five fixtures. Germany have scored 17 goals in the process, including the 9-0 hammering of Liechtenstein in a World Cup Qualifier Group Stage.

However, Hansi Flick will be focused on the last two results, which have ended in 1-1 score lines away against Netherlands and Italy. These results will worry Flick because they need to start winning to bolster their chances of progressing in the Nations League.

The Three Lions have won four of their last five matches; before they lost to Hungary, England had won four straight matches on their way to qualifying for Qatar 2022.

However, their first Nations League match ended in a surprising 1-0 defeat in Hungary leaving them at the bottom of their group and needing a win over Germany to kick-start their campaign.

Away from home, in the last five outings, the Three Lions have won three times, drawn once, and lost once. Their home form comprises four wins and one draw.

This run of form shows that England can bounce back, and will back themselves against Germany at the Allianz Arena.

With England expected to play with three-at-the-back, Havertz will be crucial for Germany as they seek to navigate a compact defensive approach from the Three Lions.

His close control, link-up play, and goal-scoring will be preferred ahead of Werner’s raw pace.

The Tottenham campaign is crucial for England’s hopes of success; he was off-color in the match against Hungary and is expected to bounce back against Germany.

Kane offers a crucial asset in transitions while also offering the cutting edge in front of the goal.

Germany will focus on patient possession, build-up play, and quick passing in the final third to create chances. England will be compact and seek to be devastating in transitions.

Germany will win the match and get their first win of this Nations League campaign.

Make sure to bet on Germany vs England with 22Bet!