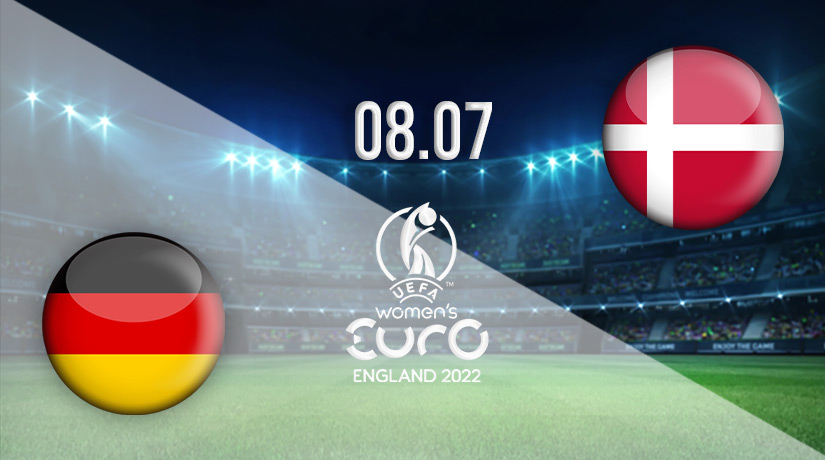 There have been few more dominant women’s national teams throughout history than Germany. However, they will be looking to get back on track this summer after failing to win the European Championships for the first time since 1993 in 2017. They come up against the side that knocked them out at EURO 2017 in their opening game- Denmark.

The big game in the opening round of fixtures at the women’s EUROs comes on Friday evening, as eight-time champions Germany take on Denmark in Group B. Germany will be looking to get back on track after seeing their six-time run being ended at the previous edition of the competition.

The 2017 tournament produced Germany’s worst display at the EUROs since the 80s, as they managed to record just two victories as they were eliminated by Denmark in the quarterfinals. Those problems seem to have persisted in the build-up to the competition, as they were beaten by Serbia in a World Cup qualifier in April. However, they looked back to their dominant best in their final warm up fixture as they hammered Switzerland 7-0.

Denmark enjoyed an excellent run to the finals of the European Championships in 2017, before they were eventually beaten by the Netherlands 4-2. Any hope of going one better this year looks extremely tough on paper, as they will need to navigate a very testing group that also includes Spain.

Their preparation for the tournament this year has been a mixed bag, as they have won two of the three games that they have played. Denmark’s only defeat in those fixtures came at the end of June, as they lost 2-1 to Norway. However, victories over Austria and Brazil will still give them confidence that they can put in a strong showing at the EUROs this summer.

Germany vs Denmark Head to Head

There have been five meetings between the sides since 2009. Germany has picked up just one victory during that period, with that success coming in 2010. However, Denmark are unbeaten in their previous three meetings with Germany. The latest fixture between the nations came at EURO 2017, as Denmark famously won 2-1 in the quarterfinals.

This is a very interesting opening showdown between Germany and Denmark. Both sides will likely be competing for the second spot in the group, and the result in this game could be pivotal towards either sides chances. Due to the high stakes, we could see the match ending in a draw.

Make sure to bet on Germany vs Denmark with 22Bet!