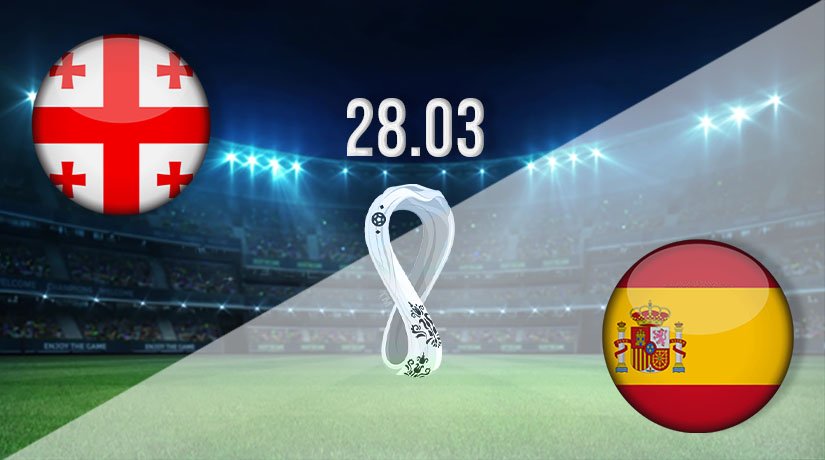 Spain will be looking to get their first win in World Cup qualification this weekend after being held in their opening match. But, can they claim maximum points against Georgia?

It was an underwhelming start to Group B for Spain on Thursday evening, as they could manage just a draw against 2004 European champions Greece. The Spanish struggled to create many clear-cut opportunities throughout the game, and ultimately didn’t deserve to come away from the game with anything more than a point. Spain took the lead after half an hour of play, as Alvaro Morata put the ahead. However, they went on to concede a penalty ten minutes into the second period, which allowed Anastasios Bakasetas to fire the travelling side level. Spain didn’t manage a single shot on target after the Greek opener, which would have been slightly concerning for Luis Enrique, as he watched on as his side dominated 80% of the possession.

Georgia’s hopes of achieving an unlikely passage through to the World Cup next year have already taken a blow, as they were beaten by Sweden on Thursday evening. It was Zlatan Ibrahimovic’s big night for his country, as he made his long awaited return to international football, and he dually set by Viktor Claesson to score the only goal of the game. Georgia did have their chances to get the goal that their performance deserved, but they were not clinical enough in the final third. They will need to be much more clinical against Spain this weekend, as they will get very few chances against the former world champions.

Georgia vs Spain Head To Head

Spain and Georgia were drawn in the same World Cup qualification group for the 2014 competition, which means that they played against each other in 2012 and 2013. However, it was Spain that picked up both wins during those fixtures. Georgia weren’t able to score a single goal in those competitive meetings. However, they did claim a very famous victory the last time that the nations met, as they won 1-0 in an international fixture back in June 2016.

Spain were pretty disappointing on the opening night of Group B, but we can’t see them dropping more points this weekend against Georgia. They have the quality to edge to a narrow win on the road.

Make sure to bet on Georgia vs Spain with 22Bet!