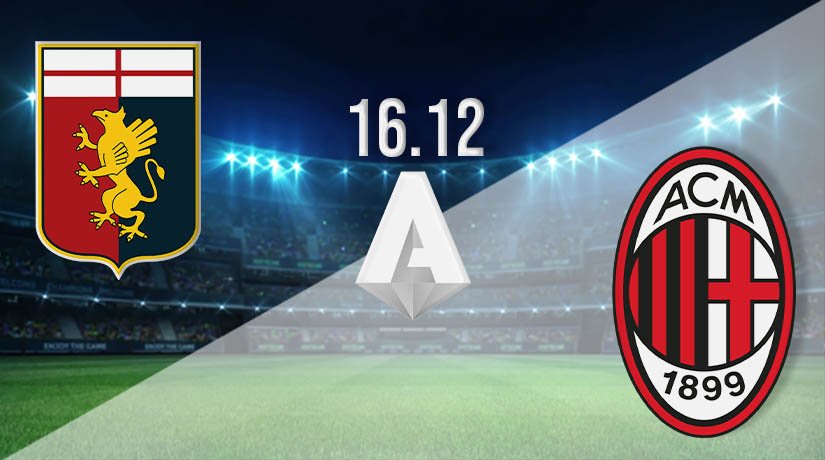 It has been the best possible start to the Serie A season for AC Milan, and they will be able to re-assert their position at the top of the league on Wednesday evening with a win against Genoa.

Not many experts would have predicted AC Milan to be top on Christmas Day, but they will happen if they pick up maximum points from their next two league games. Milan have been scintillating at times throughout this early stage of the season, as they are yet to lose in eleven games this season. Milan will come into this fixture against Genoa having won four of their previous six fixtures. However, that winning run was brought to an end in their most recent game in Serie A, as they were held at the San Siro by Parma. That would have been a disappointment for the league-leaders, as they trailed 2-0 after 55 minutes. However, there is character in this Milan side, and that was highlighted with the Theo Hernandez goal in the 91st minute, which ensured that Milan’s unbeaten start to the season continued.

This looks to be a daunting task for Genoa, as they have been in terrible form in Serie A over their past six games. They haven’t won in these six games, and have picked up just six points from the eleven games that they have played so far this season. Genoa have lost five of their last six games, which includes a recent defeat in their last game against Juventus. They have conceded six goals in their last three games, but it has been scoring goals that has been their biggest problem. The side that are currently placed at 19th have scored just ten goals this season, which is the joint-lowest total in the league this campaign.

Genoa won the last meeting between these sides, as they claimed a famous 2-1 win on the road. That victory ended a run of four straight wins for AC Milan in this fixture. It will be a tough challenge for Genoa to win a second game against Milan in 2020.

Genoa have really struggled this season, and they are already three points away from safety. Milan will be looking to get back to winning ways after drawing against Parma last time. The away side should get the three points.

Make sure to bet on Genoa vs AC Milan with 22Bet!