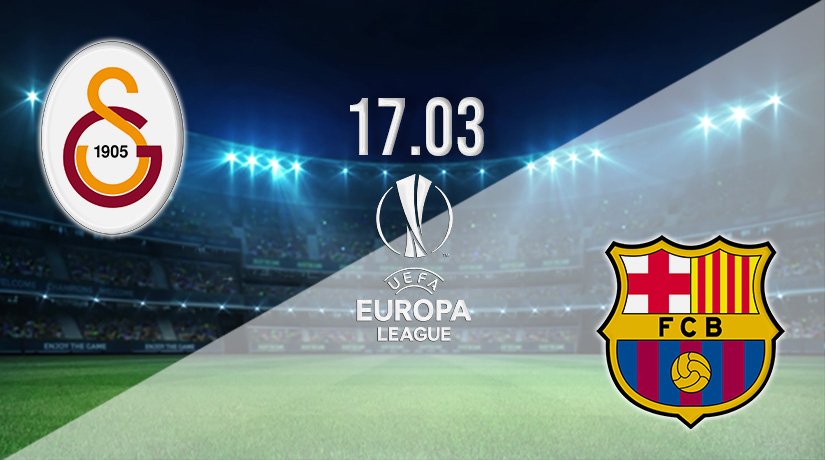 After the surprising 0-0 scoreline at the Camp Nou, Barcelona have to win it away in Turkey when they visit Galatasaray on Thursday at 18:45 GMT for the second leg of their round-of-16 tie with a spot in the quarter-finals at stake.

Will Galatasaray Complete a Shocking result to knock out Spanish Giants Barcelona from the Europa League?

Galatasaray performed well in the first leg of this round-of-16 tie at the Camp Nou. Barcelona dominated the match with 69 percent possession, 16 shots, and four on target.

Galatasaray had only 31 percent of the ball, managed three shots, and just one on target. The Blaugrana had 633 passes compared to Galatasaray’s 309.

The statistics show that Galatasaray were tough to beat and mustered a few moments of danger for Barcelona. Ahead of the second leg, Galatasaray need to find ways to be more threatening without losing their solidity.

Can Barcelona Continue their Resurgence under Xavi by Winning away to Galatasaray?

Even with a dominant performance in the first leg, Barcelona still came out with a 0-0 scoreline, which means the second leg is nicely poised for both teams.

The question for Barcelona is whether Galatasaray will be more threatening going forward in the second leg and whether such an approach will provide more chances to Barcelona’s forwards.

Xavi will be keen to ensure that his side wins to progress to the quarter-finals to continue a run of form that includes their current run of four consecutive wins in La Liga.

In this season’s Europa League campaign, Galatasaray have played seven matches so far. In this run, they have won three times and drawn four times.

Galatasaray have averaged 43.29 percent possession while they have kept five clean sheets in the process.

This run of form shows that Galatasaray have a good defensive record; this is especially the case because they have conceded only three goals in the tournament so far. This resoluteness was demonstrated in the first leg against Barcelona that ended 0-0 at the Camp Nou.

Domestically, Barcelona are unbeaten in the last rounds of La Liga outings. In this run, they have won five matches and drawn one. They have hauled 16 points and dropped two in the process.

In this season’s Europa League campaign, Barcelona have played three matches after dropping into the tournament from their Champions League group.

In the three matches, the Blaugrana have won once and drawn twice. They have scored five goals while conceding three.

Barcelona have averaged 61.34 percent possession in this run and kept one clean sheet in the process.

Galatasaray will be without goalkeeper Fatih Ozturk; the 35-year-old is side-lined with a vestibular disorder.

Left-winger Arda Turan is also unavailable for the clash with Barcelona; the 25-year-old Turkish international is sidelined with a groin strain.

Left-winger Ansu Fati is making progress on his hamstring injury; however, the Galatasaray match might come too soon.

Xavi will also be without Alex Balde (ankle injury) and Ez Abde (patella tendon irritation) for the Galatasaray clash.

The former Manchester City forward is acclimatizing into life at Barcelona; his role as the top of the Barcelona attack is important for Xavi’s approach to the game. He will be pivotal for Barcelona’s chances of beating Galatasaray on Thursday.

The creative forward will be crucial for Galatasaray in opening up Barcelona and creating dangerous situations. He will also be crucial in closing down Barcelona’s creative midfield play.

Expect Barcelona to dominate the ball and territory; they will play on the front foot and try to pin Galatasaray back in their own half. Galatasaray will remain compact and solid and will rely on transitions to hurt Barcelona.

Barcelona are highly favored to win the match and progress to the quarter-finals.

Make sure to bet on Galatasaray vs Barcelona with 22Bet!