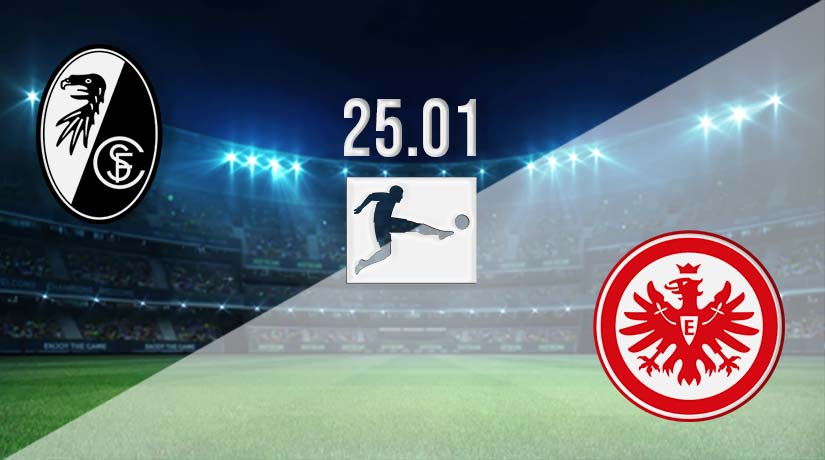 Second-placed SC Freiburg will look to make it two wins on the bounce when they host fourth-placed Eintracht Frankfurt, who are on a three-match unbeaten run, at the Europa-Park Stadion on Wednesday at 19:30 GMT.

SC Freiburg will look to put pressure on league-leaders Bayern Munich and maintain their challenge for the Bundesliga.

Eintracht will be looking to maintain their advantage within the top four and put pressure on third-placed RB Leipzig.

After Bayern Munich could only draw away to RB Leipzig on Friday, Freiburg could cut their lead at the top of the table to 2 points with a win. This will be a massive boost for Freiburg after 16 rounds of fixtures.

Christian Streich’s side have demonstrated championship-challenging consistency in the Bundesliga this season, and they will look to carry this form into the home clash against Eintracht.

Oliver Glasner has guided his charges to a current top-four position. They are 8 points off the pace at the league’s top, and they are level on points with 5th-placed Union Berlin.

However, Eintracht will be looking to assert their advantage as they seek to solidify their stranglehold of a top-four position.

A win over Freiburg will allow them to pull level with their Wednesday opponents and enhance their chances of climbing the table further while keeping the chasing pack at bay.

Christian Streich will be without right-back Jonathan Schmid, who is sidelined with muscular problems. Freiburg will also be without center-back Manuel Gulde, with the 31-year-old facing fitness issues.

Freiburg will play their usual high-energy and high-tempo match. They will be quick out of the blocks and press Eintracht high up the pitch.

Eintracht will be patient and absorb the pressure before launching their attacks and posing a threat.

Freiburg will have too much for Eintracht; they will win the game and cut the lead at the top to 2 points.

Make sure to bet on Freiburg vs Eintracht with 22Bet!