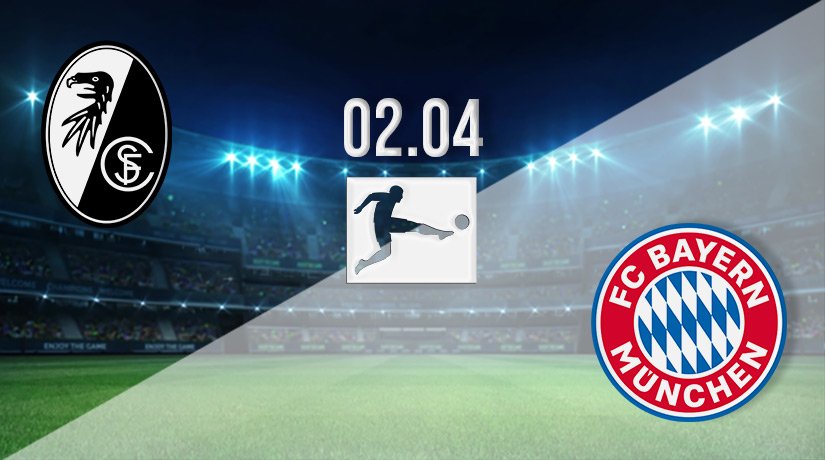 It has been an excellent campaign in the Bundesliga for Freiburg to this point, but they will be tested between now and the end of the season when it comes to their fight to finish in a Champions League place. The first big test comes against Bayern Munich, who will be looking to extend their advantage over Borussia Dortmund.

Freiburg have been one of the most consistent teams in the Bundesliga in the second half of the season, and that sees them come into the final quarter of the season firmly in the Champions League picture. They come into this fixture level on points with RB Leipzig, which means a famous win against Bayern could see them end the round in fourth.

Freiburg also have a five-point advantage in the race for Europa League positions this season, and their chances will be improved having avoided defeat in their previous five.

Only Bayern Munich have lost fewer games than Freiburg this term. The hosts come into this fixture after being held Furth in their previous game, as the sides played out a 0-0 draw before the international break.

It’s likely that Bayern Munich would have been expecting to be further clear in the Bundesliga standings coming into this stage of the season. However, they currently only hold a six-point lead over Borussia Dortmund. They are slightly fortunate that their lead is as big as that, as Dortmund have missed a number of opportunities to close that gap in their previous five games.

Bayern’s form hasn’t been faultless in recent weeks, as they have won just once in their previous three. However, they look to have recovered from the wobble that saw them draw back-to-back games, as they claimed victory before the international break against Union Berlin.

Freiburg’s challenge for a Champions League place this season will go to the end of the season. However, it’s hard to see them winning this weekend. The safest bet could be for both teams to score, as this would have been a winning selection in the previous seven meetings.

Make sure to bet on Freiburg vs Bayern Munich with 22Bet!