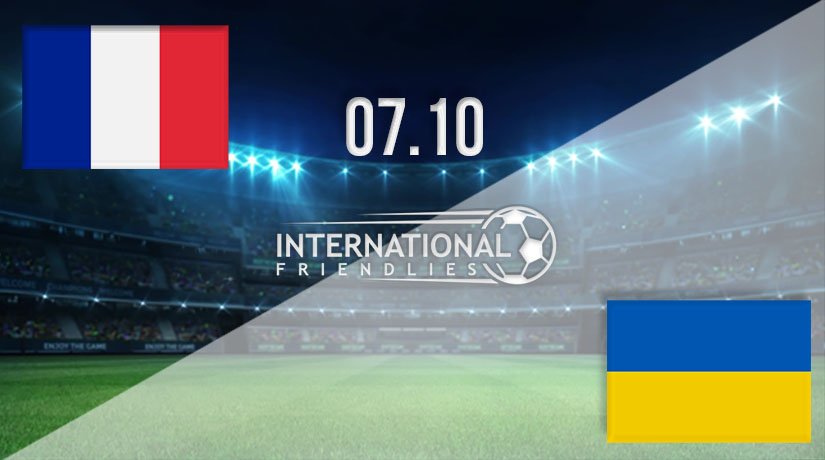 There will be a tough fixture this week for Ukraine as they travel to the Stade de France to take on the reigning world champions. But, could they get a shock win over the French?

All French eyes will be set on the upcoming European Championships, which will take place next year. France will be looking to claim a second huge honour after winning the World Cup two years ago. They will go into the EUROs as the heavy favourites to win the competition, but Didier Deschamps will be able to get a closer look at some of his fringe players in this friendly against Ukraine. France have been in excellent form over the past couple of months, and they already sit top of their Nations League group.

They opened the Nations League with a hard-fought 1-0 win over Sweden at the Friends Arena, with Kylian Mbappe scoring the only goal of the game in that fixture. That success was followed up with a re-match from the 2018 World Cup final against Croatia, with France running out 4-2 winners. Antoine Griezmann opened the scoring, before an own goal from Dominik Livakovic put the French in complete control. Further goals were scored in the second period by Dayot Upamecano and Oliver Giroud.

It has been a testing start to the Nations League for Ukraine, as they were drawn in a group alongside Switzerland and Spain. They opened their campaign with 2-1 win over the Swiss, with Andriy Yarmolenko and Oleksandr Zinchenko scoring in the win. However, this was followed up with a heavy defeat against a dominant Spain side. Ukraine had no answer against the dominant Spanish, and they were well-beaten 4-0.

France vs Ukraine Head To Head

France have won five of the previous seven meetings between the two sides. Their last competitive meeting came seven years ago, with France running out 3-0 winners. However, Ukraine beat France in the home game during that World Cup qualifying campaign. The last time they met in a friendly was in 2011, and France won that meeting 4-1.

There will be wholesale changes for the French for this fixture, but they have an embarrassment of riches within their ranks. Therefore, there is still an expectancy that the French will get the win from this international friendly. There could be another goal for Olivier Giroud.

Make sure to bet on France vs Ukraine with 22Bet!