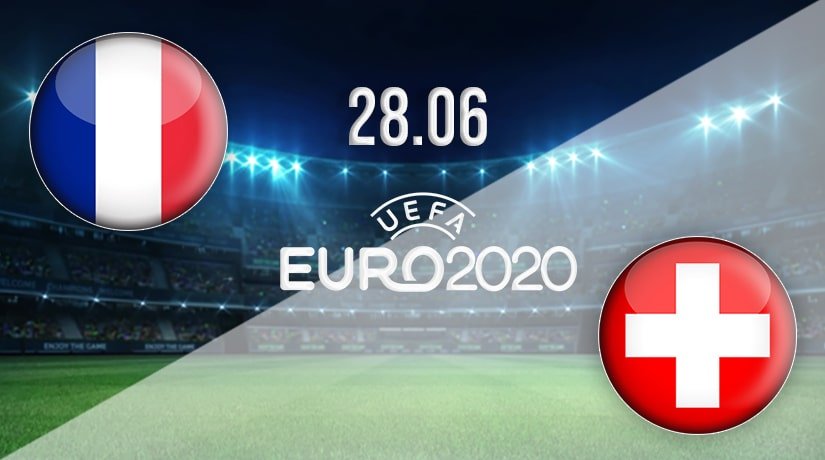 The second Euro 2020 game scheduled for Monday will kick off at 20:00 and be shown live on television. This is a Round of 16 clash involving France and Switzerland as we catch a glimpse of the pre-tournament favorites. The French are the pundits’ pick to go all the way and lift the trophy at Wembley in July, but they must pass this hurdle to keep their dreams alive.

The stats attached to this fixture show France and Switzerland have met 38 times in the past, and the head-to-head scores aren’t as lopsided as you may think. France boast 16 previous wins over the Swiss, who have claimed a dozen victories, with ten ending in a draw. The most recent meeting between the nations produced a goalless draw in Euro 2016.

France were dropped into what was known as the “group of death” alongside Germany, Portugal, and Hungary. They came through that pool as winners with a tally of five points following a win and two draws. Les Bleus finished one point ahead of runners-up Germany, with Portugal in third on the same tally. The Hungarians exited the competition after three games.

France got off to a winning start when beating Germany 1-0 on matchday one. The difference that day was an own goal from Hummels, who put the ball into his own net with just 20 minutes on the clock. France then rescued a point with Hungary thanks to a goal from Griezmann before they signed off with a 2-2 draw against the current European champions, Benzema netting a double that day.

Swiss finish third in Group A

Switzerland progressed from Group A with a tally of four points. They achieved that despite finishing third in their pool behind winners Italy and runners up Wales. The Swiss opened their account with a 1-1 draw with Wales, taking the lead with a goal from Embolo early in the second half before Moore snatched a late equalizer for the Dragons.

A painful 3-0 defeat to Italy followed, which meant the Italians were through, but Switzerland needed a win in their final match against Turkey. They got the desired result, beating the Turks 3-1 on June 20. Shaqiri was the man of the moment, standing up to be counted when it mattered most for his team. He netted a double to sink Turkey and sent Switzerland through.

If this match follows the form, it will result in a strong win for Les Bleus, but we have already seen our fair share of upsets in Euro 2020, and the French must guard against complacency. Didier Deschamps knows his team must tighten up defensively if they are to get past an organized Swiss team who are dangerous on the counter.

The pre-match betting attached to this fixture by 22Bet has a French win priced at odds of 1.53 with the Swiss trading at 6.85. There’s 3.92 if you would prefer to back the draw in this game.

Want to check out the rest of the markets, including BTTS, Handicap or Total Score? Get a welcome bonus and bet on France vs Switzerland with 22Bet!