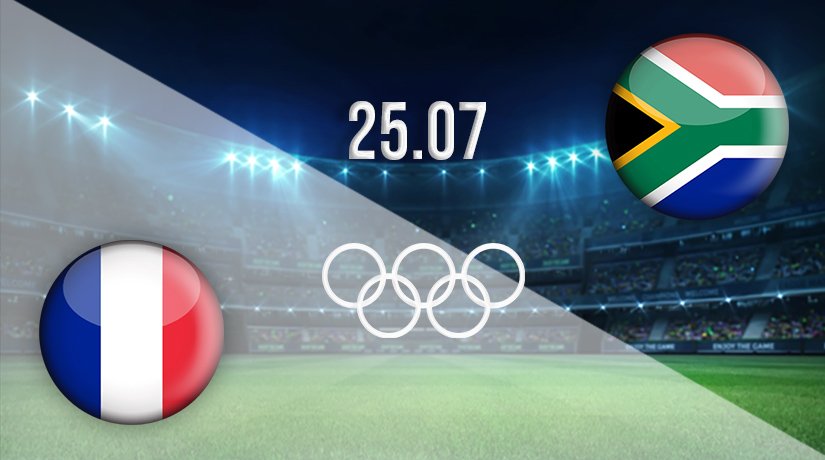 Two nations that will have everything to play for in Group A will meet in the second round of fixtures this weekend, as France and South Africa both got off to disappointing starts in the Olympic tournament. A win will be needed for both nations to keep their hopes alive.

Despite not having the same squad that won the World Cup in 2018, France were expected to be one of the nations with the best chance of winning the gold medal this summer. However, their tournament couldn’t have gotten off to a worse start as they were torn to shreds by the former Olympic gold medallists- Mexico. There looked to be a clear gulf in class between the two nations on the opening round of games, as Mexico ran out commanding 4-1 winners. France looked in control of the game at the half-way stage, but they fell to pieces in the second half, as Mexico raced ahead into a 2-0 lead. Pierre-Andre Gignac, who plays his football in Mexico, did pull one back for the French in the second half. However, Mexico emphasised their dominance by scoring two more goals.

South Africa always looked to have an uphill challenge to get out of Group A, as they were drawn against two highly talented teams, as well as hosts Japan. They came up against the hosts in their opening game, and offered very little in the attacking third as they fell to a 1-0 defeat. Japan were the better team throughout the contest, and deservedly took the points when Takefusa Kubo scored the winner in the second half of the game. South Africa’s challenge is now much harder, as they must win their last two group games to stand any chance of progression.

France and South Africa have met on just four occasions in the past. South Africa won the last meeting between the teams at the 2010 World Cup, which saw them qualify for the next round of their home tournament. France have won twice against South Africa in the past, but their last win came in the 1998 World Cup.

This is a tricky game to call, as South Africa will likely set up to not lose their second group game. France didn’t offer much in the final third in their opening group game, which means a draw could be the most likely result this weekend.

Want to know more about the betting odds for the game? Check out the BTTS, Handicap, Teams to Win and other markets and bet on France vs South Africa on 22Bet!