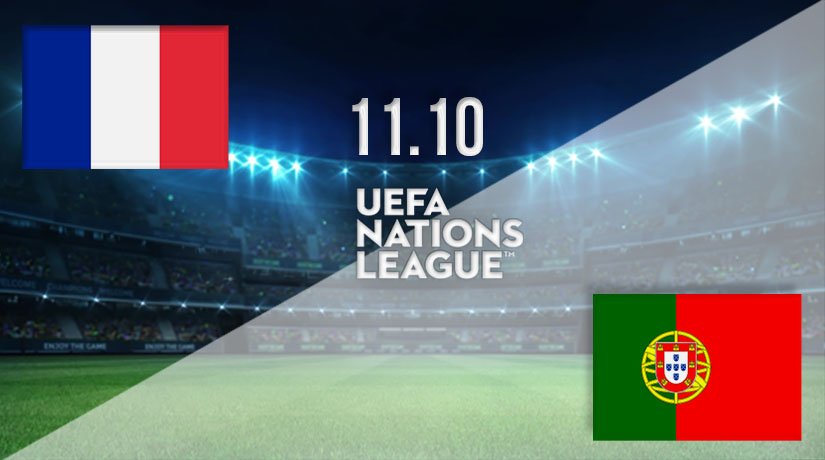 Football fans have some exciting matches to look forward to from the UEFA Nations League on Sunday with several potential outright winners in action. On this page, we focus our attention on the Group A3 game involving France and Portugal which is scheduled for a 19:45 GMT kick-off and will be shown live on television to an excited audience.

These rivals have met many times in the past on competitive action and the history books show France have dominated over the years. The home team lead the head-to-head stats with an incredible 18 wins from 25 games, Portugal managing only six. The fact the pair have produced just one draw to date will be music to the ears of neutrals who hope to see a competitive 90 minutes with a generous helping of goals.

France have taken each of the first six points that have been available to them in this Nations League group campaign so far. They got the ball rolling with a hard-fought 1-0 win over Sweden away from home last month, edging the victory thanks to a goal scored by PSG wonder kid Mbappe near the end of the first half. It was the youngster’s 14th goal for his country and came with his only shot on target in that game.

The French were far more impressive on matchday two when beating Croatia 4-2 at home as the squad showed exactly what they are capable of when in the mood. Croatia held their own during the first half and even took the lead with a goal from Lovren on 16 minutes, but they went into the break 2-1 down before France turned on the style after the re-start, showing flashes of their ability.

Portugal will arrive in France without fear as they are also a team in great form and one confident in their ability to cause an upset. They took hammered Croatia when banking three points with a 4-1 home win in their opening match. Cancelo scored the only goal of the first half before Jota, Sequeira and Andre Silva chipped in to ensure a comfortable outing. Petkovic got a consolation goal for Croatia on 91 minutes.

There was more for followers of Portugal to cheer about when watching their side beat Sweden 2-0 on the road just a few days later. Cristiano Ronaldo netted a double in that game after Svensson was sent off on 44 minutes having picked up two bookings. The victors looked capable of scoring more that day, but they left having made their point.

France will see this home match as a great chance to take control of the group and dent the hopes of Portugal into the bargain. Their opponents have confidence behind them and will need no invitation to go on the attack and trouble their hosts.

Make sure to bet on France vs Portugal with 22Bet!