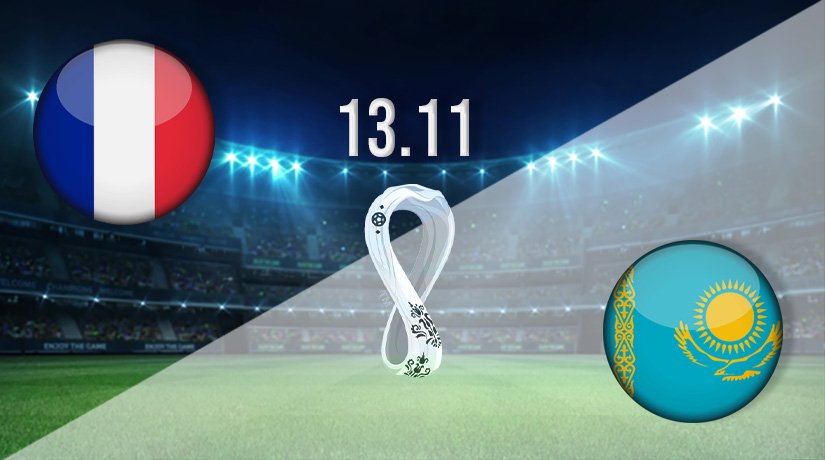 France are the reigning world champions and can book their passage through to defend their title with a win against Kazakhstan on Saturday afternoon.

France are yet to officially confirm their spot for Qatar, but they have assured a place in at least the playoff round. They have picked up 12 points from the 12 games that they have played, which just highlights how tricky this World Cup qualification campaign has been for the world champions.

They have been held to draws in half of the six games that they have played, and Ukraine could still catch them. However, Ukraine will need a shock away win in this fixture to keep their hopes alive of reaching the World Cup with top spot in the group. France enjoyed a decent international break in October, as they won the Nations League after two battling performances. They saw off Belgium in the semi-finals, before edging past Spain in the final. Karim Benzema and Kylian Mbappe scored goals in the final half an hour against Spain to win the final.

BET ON FRANCE VS KAZAKHSTAN WITH $100 BONUS

Kazakhstan are the only nation in Group D that are unable to reach at least the playoff round, as they find themselves six points off Ukraine with just one game remaining. They can still take positives from their showings to this point, as they have earned three draws.

However, they were beaten in their last two international outings in Group D. They failed to score in both games against Bosnia and Finland, losing 2-0 on both occasions. The defeat against Finland was their last match, as they conceded two goals early in the second half. This will be a harder challenge against the world champions, but how they set up for the game isn’t likely to change.

France vs Kazakhstan Head to Head

The first meeting between the sides was a historic moment, as it was the only time that France and Kazakhstan have met in an international fixture. France won on that occasion 2-0. They will be expected to beat the minnows for a second straight game.

It hasn’t been an easy ride for France in Group D to this point, but they are certainly primed to reach the World Cup as group winners. This should be a relatively straightforward game for the talented world champions, and they should win 3-0.

Make sure to bet on France vs Kazakhstan with 22Bet!