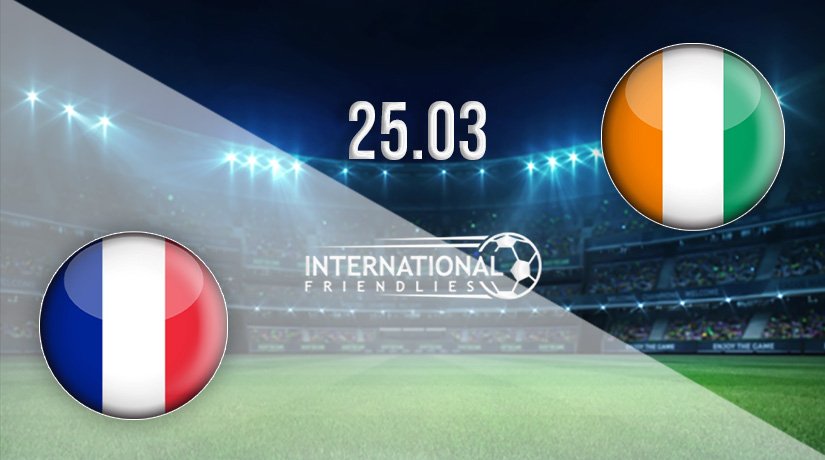 The World Champions, France, take on African giants Ivory Coast at the Stade Velodrome on Friday 25 March, at 21:15GMT, in a massive friendly clash that will go a long way in revealing the strengths of both teams.

Can France Fine-Tune their Winning Machine Ahead of the World Cup in Qatar in November?

After the disappointing exit to Switzerland in the UEFA Euros in June on penalties at the round of 16, Didier Deschamps will be looking at sharpening his talented squad and readying them for the World Cup in November.

The journey to Qatar has already begun, and the clash with Ivory Coast will be crucial in preparing the reigning World Champions to defend their crown.

Didier Deschamps will be assessing his options in the squad and looking to gain answers regarding who he can call upon for the task in Qatar.

Can Ivory Coast put behind them the Disappointment at the Africa Cup of Nations in Cameroon and Shock the World Champions?

The Elephants will be bitterly disappointed in their 5-4 penalty exit from the Africa Cup of Nations at the hands of Egypt in January.

The Elephants will be even more disappointed that they are not involved in the playoffs for World Cup qualification in Qatar.

The West Africans will be looking for a statement win against the World Champions to begin picking up the pieces.

Le Bleus have been in scintillating form over the last six rounds of international fixtures.

Didier Deschamps’ men have won five times while drawing once in this run. Le Bleus have scored 17 goals in these six matches while conceding 4.

France have also kept three clean sheets in the process.

In their last six international matches, the Elephants of Ivory Coast have won three times, drawn twice, and lost once in all competitions.

This being a friendly encounter, it remains to be seen whether Didier Deschamps will select Mbappe for this match. However, the PSG ace is one of the best players in the French squad.

Blessed with pace, trickery, and bundles of energy to burn, Mbappe has increasingly become a talisman for Le Bleus. His goal scoring is crucial for France in deciding matches in their favor.

Mbappe is a difference-maker for the Deschamps’ side, and he will be central to all the attacking moves that France will make against Ivory Coast on Friday if he starts.

The Crystal Palace ace has been a boon for Ivory Coast since he decided to play for the Elephants.

He is blessed with blistering pace, a bunch of tricks to beat his man, and an eye for goal. Zaha is increasingly becoming a crucial piece of the Ivor Coast’s attacking jigsaw.

If he starts against France, Zaha will be a major outlet for the Elephants, especially coming up against a well-polished Le Bleus side that like to keep possession and build-up play patiently.

His pace will give the France defenders a lot to think about, thus giving Ivory Coast a potent attacking presence alongside Haller and Pepe upfront.

Expect France to dominate the ball and build-up play patiently from the back. Le Bleus will also press higher up the pitch and squeeze the Elephants into a low bloc. This will allow the Le Bleus midfielders a lot of time on the ball to pick runners and cause problems.

Ivory Coast will look to be solid and pragmatic. The Elephants will be organized in two banks of four behind the ball and pose a threat through transition using wide players – Pepe and Zaha – or the center forward Haller.

France are highly favored to win this match.

Make sure to bet on France vs Ivory Coast with 22Bet!