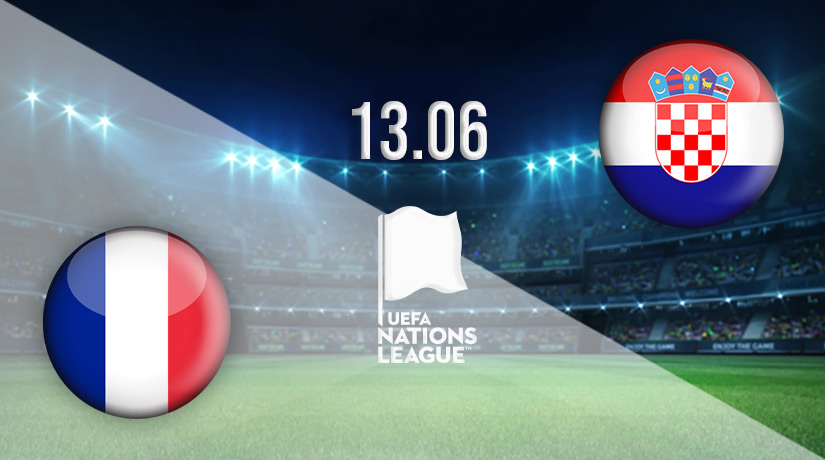 After the first leg of this fixture in the Nations League ended in a 1-1 stalemate, France will have a chance to get three points when they face Croatia for matchday 4 at the Stade de France on Monday at 19:45GMT.

Can France Get their Nations League Campaign Back on Track with a Win against Croatia?

Didier Deschamps’ side have not had a good start to their Nations League campaign, starting with a home loss and a draw away to Croatia.

Le Bleus will be hoping that this run of form will change as they play catch-up to league leaders Denmark who have won both their opening two matches and sit atop of the group with 6 points.

Deschamps will be looking to get all three points against Croatia given they dropped two points away from home; this is important to ensure that they do not fall any further behind the leaders in the group.

Deschamps will also be hoping for a strong reaction from his time given the fact that they are also preparing for the World Cup, which kicks off in Qatar in November.

Can Croatia Maintain their Nerve and get a Favourable Result at the Stade de France?

Croatia have started their Nations League with a loss to Austria and a draw with world champions France.

The performance against Le Bleus was good, especially showing the character to stay in the game and get the equalizer in the 83rd minute through an Andrej Kramaric penalty.

Zlatko Dalić will be looking to maintain the positives from that performance even as he seeks to minimize some of the challenges and mistakes they made in that match against the world champions.

The focus will be on keeping a compact shape that will frustrate some of the illustrious French attacking players, and give Croatia a chance to use their fast breaks or set pieces to cause Deschamps’ side problems at the back.

Les Bleus have won three out of their last five outings in international football. These wins came in matches against Finland (2-0) on matchday 10 of the World Cup Qualifiers, Ivory Coast (2-1) and South Africa (5-0) in two friendly matches before their first Nations League match against Denmark.

In this five-match run, France have also drawn once and lost once. The loss came in their opening Nations League home match against Denmark in which they were beaten 2-1, with the winning goal coming in the 88th minute of a dramatic encounter.

Croatia have triumphed in two matches out of their last five outings in international football; they have drawn twice and lost once in this run.

The two victories came against Russia on matchday 10 of the World Cup Qualifiers Group Stage on their way to make it to the World Cup in Qatar where they open with a clash with Morocco on 23rd November; the other victory came in the 2-1 win over Bulgaria in a friendly match.

In the Nations League, Croatia have started with a loss (3-0) against Austria and a draw (1-1) against France.

His movement and goal-scoring will be crucial assets for France as they seek to get their Nations League campaign back on track.

The Real Madrid ace has been one of the best midfielders in Europe and was instrumental in Los Blancos’ run to win the Champions League.

He will be central to Croatia’s creative play from midfield and retention of possession against France.

France will be desperate to get the win against Croatia; they will play an aggressive and possession-based game hoping to put the opponents under pressure from the first minute at the Stade de France.

Croatia will be compact and solid, and surgical in their transition and counter-attacks, using deep runners from midfield and passing in behind the Les Bleus defense.

France are favorites to win this match and take all three points.

Make sure to bet on France vs Croatia with 22Bet!