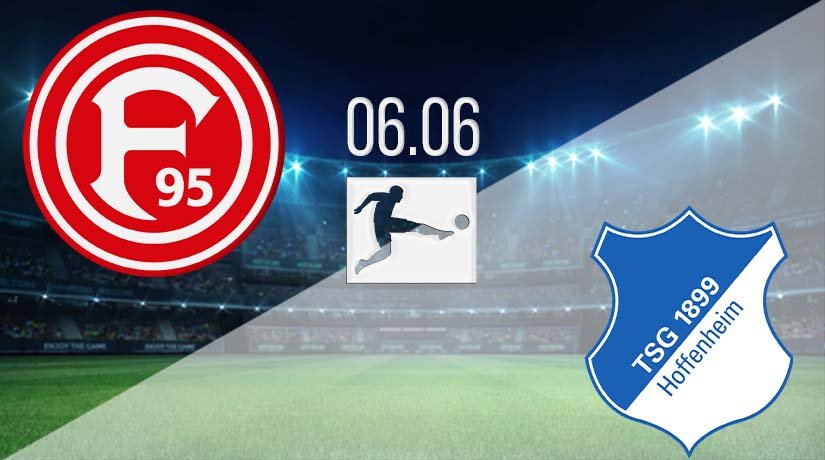 Fortuna Dusseldorf and Hoffenheim meet on Saturday, with both sides desperate for the three points as they look to achieve what they set out to do at the beginning of the season. But, which side will get the win at the Merkur Spiel-Arena?

Time is slowly running out for Fortuna Dusseldorf this season. They remain in with a chance of escaping relegation with five games remaining, but at present they are still in the relegation playoff spot. However, a win this weekend could see them move out of the relegation places altogether.

The difference between themselves and the sides around them has narrowed over recent weeks, with just three points separating Werder Bremen in 17th and Mainz in 15th. Union Berlin could also be dragged into trouble if sides below them keep picking up points. Fortuna haven’t been in the worst form since the restart, as they have lost just once in their previous four. That defeat came last time out against Bayern Munich. However, they have picked up five points from a possible 12, which would be seen as a positive.

Hoffenheim are still hoping that they can finish in the Europa League places this season. The race now appears to be between themselves and Wolfsburg, with the two sides both locked on 42 points. However, Hoffenheim’s leaky defence ensures that Wolfsburg have the advantage in the goal difference.

A win this weekend will be enough to lift them into sixth for at least 24 hours, as Wolfsburg don’t play until the Sunday. Hoffenheim have been in decent form since the restart as they have only lost once. They have also won their last two games, with these victories coming against FC Köln and Mainz. If they can match their performance levels from these two victories, then they will likely get the three points from this fixture.

This could be an intriguing fixture as Fortuna have been in decent form. Their only defeat came against Bayern, while Hoffenheim have only won six of their 14 away games this season. The most likely result could be the draw.

Make sure to bet on Fortuna Dusseldorf vs Hoffenheim with 22Bet!