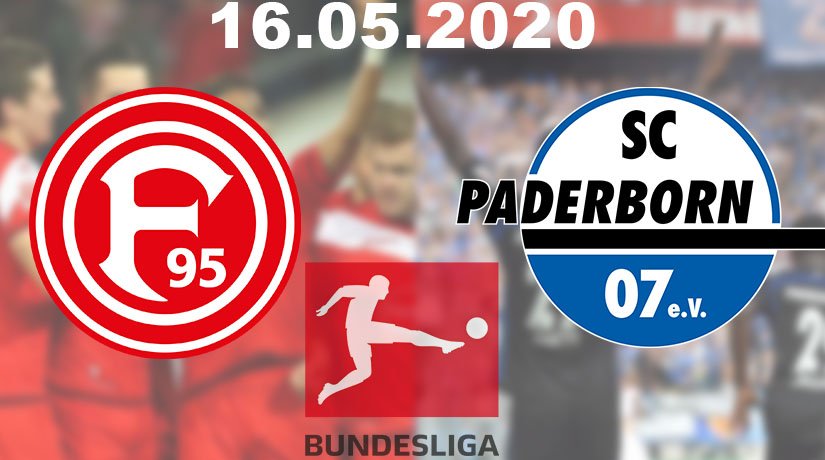 The Bundesliga returns this weekend, and there will be a huge game at the bottom of the league. The restart will not come at a point where Fortuna Dusseldorf and SC Paderborn 07 can take their foot off the gas, as they both need the three points to pull themselves within striking distance of teams around the relegation places.

Fortuna Dusseldorf have the most realistic chance to avoid relegation this season, but they are currently sitting uneasily in the relegation playoff space. They hold a four point advantage over 17th placed Werder Bremen and are four points behind Mainz. Before the break in play, Dusseldorf had begun to put a strong run of form together. They had been unbeaten in three. During that run, they had drawn twice and won once. Over their past six fixtures, they have only lost once, with that defeat coming against Borussia Monchengladbach.

However, their attacking numbers would certainly mean that there are worries in front of goal, as they have scored a Bundesliga-worst tally of 27. Their last fixture in the Bundesliga came against Mainz, as the two relegation-threatened sides shared the points with a 1-1 draw. Kenan Karaman equalised late in the game for Dusseldorf after Levin Oztunali had put Mainz ahead.

The writing does seem to be on the wall for Paderborn, as they are already ten points away from safety. However, a win this weekend would lift them within three of Dusseldorf, and the relegation playoff could be their most realistic chance of avoiding the drop this season. Their form over the last six has been nothing short of disastrous, as they have lost five of six. That is the world record in the division along with Werder Bremen.

That run of results also includes four consecutive defeats, with those losses coming against Bayern Munich, Mainz and Hertha Berlin. Their most recent defeat in the Bundesliga came against Cologne, as they were defeated 2-1. Jorge Mere and Jonas Hector scored the first-half goals for Cologne before Dennis Srbeny pulled one back for Paderborn.

Paderborn will be considered the big outsiders due to the recent form of both sides. However, it is incredibly hard to look past their unbeaten run that they have had against their opponents. They appear to be a bogey-side for Dusseldorf, with the hosts having won just two matches in 12. The draw could be seen as the most likely result.

Make sure to bet on Fortuna Dusseldorf vs SC Paderborn 07 with 22Bet!