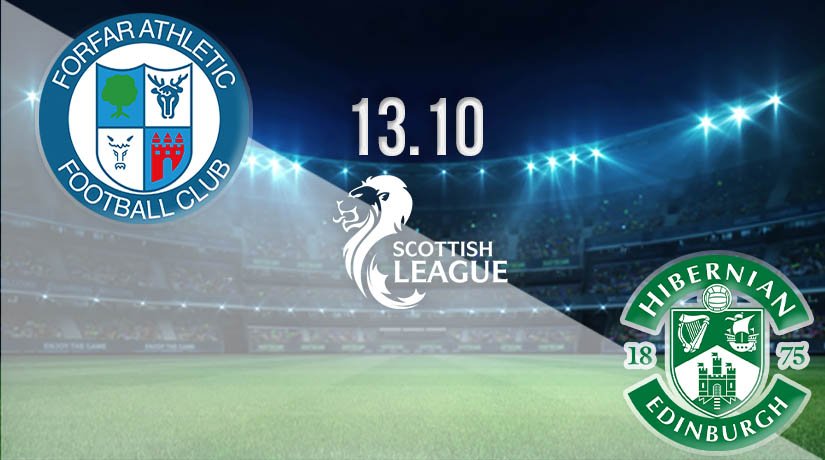 International football dominates midweek football fixtures but there is an interest for those who prefer to stick with the domestic club action. Scottish League Cup matches will be played on Tuesday and in this article, we focus on Forfar Athletic who host Premiership side Hibs from 19:45 GMT.

Forfar got off to a nightmare start when travelling to Dens Park and losing 3-0 against Dundee last Tuesday. It was a match they were expected to lose, and the game went as expected with Dundee dominating the ball, creating plenty of chances and putting the game to bed without encountering too much resistance along the way.

The locals are a League One side who will be hoping to feature in the promotion playoff race this season, but they are a part-time club and life is difficult at the best of times. The lack of income from fans attending matches due to the coronavirus lockdown threatens their very existence and progressing in the League Cup won’t be anywhere near the top of their priorities.

Hibs on a winning run

Hibs have had plenty more competitive football than their opponents due to the Edinburgh club’s involvement in the Scottish Premiership which began in early August. That means the Hibees are up to speed, fit and desperate to progress from the League Cup group stage through to the latter rounds of the tournament. Fans will want to see them challenge for the title.

They make this trip having won each of their previous three games this month, scoring eight goals in the process. That purple patch began with a 3-2 win over Hamilton in the Premiership before hammering Brora Rangers 3-1 in the League Cup and edging Cove Rangers at the weekend. They’ll be confident in their ability to add a fourth win on Tuesday.

Forfar know they are up against it here but will also be aware their opponents have conceded four goals in their last three games and that offers encouragement. Hibs are the away team but are in great form and will believe they are good enough to win again although the visitors will be eager to keep things a little tighter at the back.

Make sure to bet on Forfar vs Hibs with 22Bet!