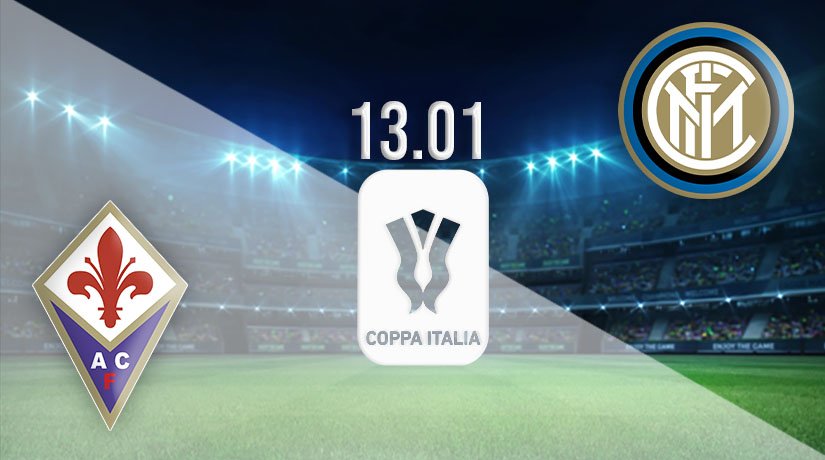 Inter Milan missed their opportunity to go to the top of Serie A last week, and they will now have a three-point disadvantage that they will need to overcome. However, they will come up against a rejuvenated Fiorentina in midweek in the Coppa Italia, but can they claim the win?

Inter Milan’s stunning run of form has been brought to an end over recent weeks, and they will come into this fixture without a win in their previous two league games. Inter were beaten in midweek by Sampdoria, before they were unable to get back to winning ways in Serie A against AS Roma. Roma struck late in that league game to claim a point. Inter may have thought they had done enough to claim the win after second half goals from Milan Skriniar and Achraf Hakimi. Their faltering league form will be a slight concern, but they will have the welcome distraction of a cup fixture this week as they look to make it through to the last eight of the Coppa Italia with a victory against Fiorentina. Antonio Conte will likely make a number of changes for the game, but they should still have enough to get the win.

Fiorentina have endured a difficult start to the Serie A season, as they have won just four games so far this season. However, there have been signs of recovery over recent games, as they have won two of their previous four. It looks unlikely that they will get dragged into the relegation battle, which means that they make look to go deep in the Coppa Italia. The cup competition could be their most realistic way of claiming a spot in the Europa League this season, but this will be a difficult assignment in the round of 16.

Fiorentina have a disappointing recent against when it comes to games against Inter. They haven’t beaten Inter since 2017, and have gone seven without a win against their opponents this week. The two sides have met in the Coppa Italia on three occasions, with Inter winning all three times.

Conte’s changes for this game will make it a more competitive affair, but it is still unlikely that Fiorentina will be able to get the win. We fully expect Inter to get the win to make it through to the next round.