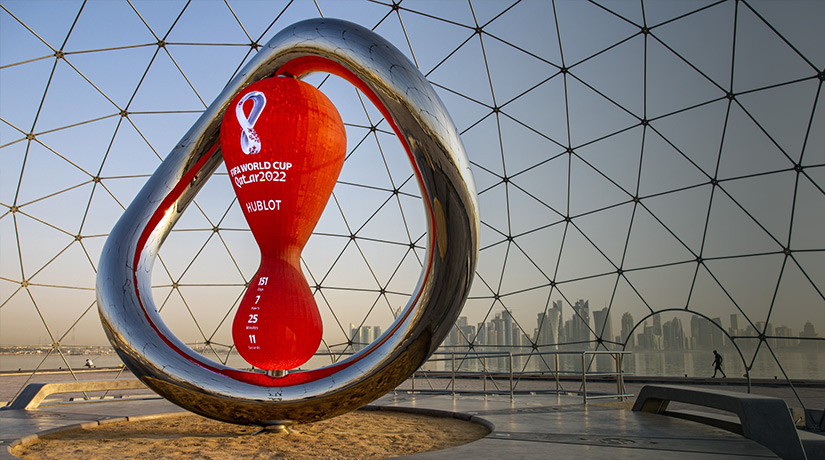 FIFA and Qatar All Set to Host The Best World Cup

It’s only a few weeks until the world’s largest football event starts in Qatar. From the 20th of November to the 18th of December we will witness the 2022 World Cup, where top nations will fight for the title.

The World Championship will be held in winter, which is also an innovation. For the first time in history, the competition will occur during winter. Naturally, the transfer of the tournament to the winter is a necessary measure.

While there were widespread concerns regarding human rights in Qatar, everything seems fine now. FIFA President Gianni Infantino noted in his video message, that the country has everything to deliver the best edition of the World Cup. Stadiums, pitches, great infrastructure, and the metro are at the highest level possible.

Holding World Cup in Qatar is a conscious policy of FIFA aimed at popularizing football throughout the world. Of course, everyone remembers very well that four years ago the World Cup was held in Russia, where similar competitions had not been held before either. In general, in the 21st century, FIFA’s leadership has significantly expanded its geography.

It was noted recently, that ticket sales approached 3 million and there is still time for more. The demand has been the highest from countries including Qatar, the USA, Argentina, France, and Brazil. Ticket holders will be able to retrieve mobile tickets through email.

The tournament will open at Al Bay Stadium on November 20th, where Qatar will face Ecuador. It will also be the first edition in the Middle East and Arab world. In addition, the organizers have made 30,000 rooms available for visitors. The accommodation will actually include apartments, hotels, and fan villages.

Organizers have also emphasized, that during the course of the tournament, visitors will have access to different entertainment. For Example, Al Bidda Park will host fans daily, where they will attend matches, watch renowned artists and engage in football activities. Food and beverage are also an option.

Riding attractions will also be provided. No doubt, dancing will be an integral part of the show. Last-Mile Cultural Activations will provide 6,000 performances in 21 locations. In general, there will be plenty activities provided for all the visitors.

The 2022 World Cup matches will be played at eight stadiums in five cities. Qatar is a small state, so the location of the arenas turned out to be very compact. The maximum distance between the arenas will be only 70 kilometers. In theory, you can get at least all the matches of the day, given the close distance. Journalists should feel especially great in Qatar, for whom attendance at matches is free.

Stadiums at the World Cup will be a real work of art. Organizers and the whole country have worked extremely hard to make everything top-level.

FIFA Chief Operating Officer, Colin Smith, was one of the first to say that everything is ready for successful delivery. Over 168 official sites have been fully operational. Stadiums are tested as well as accreditation centres and he believes, Qatar is more than ready for hosting the tournament.

Officials also believe that the 2022 World Cup will be the best held in recent years. Visitors will not be far from entertainment and they will manage to engage directly in any kind of activities.