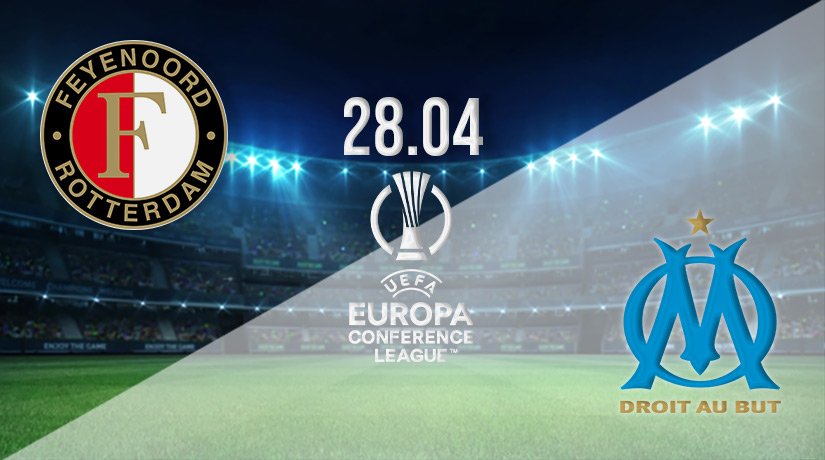 Just four teams remain in the Europa Conference League this season. One of the semi-finals will see Feyenoord clash with Ligue 1 giants Marseille. Both sides will be optimistic following strong runs to reach this stage of the competition.

It has been a long season for Feyenoord in the Europa Conference League, as their campaign got underway all the way back in July. They entered the competition in the second qualifying round, and have grown in confidence throughout the competition.

Their biggest test to date came in the quarterfinals, as they needed to win the return leg against Slavia Prague after the sides played out a 3-3 draw in the first leg. However, a brace from Cyriel Dessers and one for Luis Sinisterra sealed a famous 3-1 win on the road.

Marseille will be the favourites to win this semi-final clash, as they look to win a second European honour following victories in the 2005 Intertoto Cup and 1993 Champions League. The French giants dropped into the Europa Conference League after winning just once in six fixtures in their Europa League campaign.

However, they have taken the competition very seriously since the restart, as they have won all six games that they have played across three knockout rounds. Their latest win came in the quarterfinals, as they beat Greek side PAOK 2-1 in Marseille, before sealing a 1-0 win in the return leg to win 3-1 on aggregate.

Feyenoord vs Marseille Head to Head

These two sides have met in UEFA competition on just two previous occasions. Both meetings came in the 1999-00 season, with Feyenoord winning 3-0 in the Netherlands. The return came in France ended in a 0-0 draw, which means Marseille are yet to record a victory against Feyenoord.

Feyenoord have done extremely well to reach this stage of the competition, but I struggle to see past the French side taking a first leg advantage this week. Marseille have the better players in the final third, and I could see them claiming a 2-0 away win.

Make sure to bet on Feyenoord vs Marseille with 22Bet!