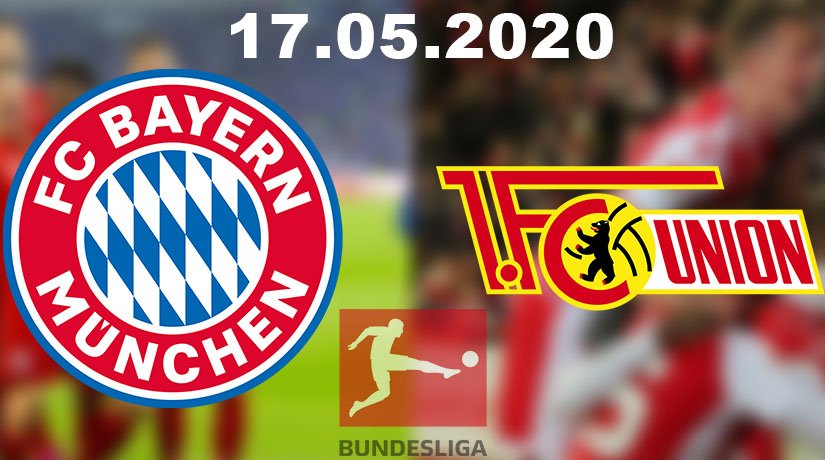 Bayern Munich’s hunt for a record-extending eighth consecutive Bundesliga title will be the biggest story from the final nine rounds of fixtures, but getting off to the best possible start is essential. Many will be considering the league leaders as bankers this weekend, but is there any chance that Union Berlin could pull off a shock result?

Bayern Munich have been imperious since the winter break, and they are now looking like certainties for the league title. They hold a four-point advantage over Borussia Dortmund and a five-point lead over RB Leipzig. Hans-Dieter Flick would have certainly reminded his players that the job is not yet done, with Bayern having to win at least eight more games to be sure of the league title. Their form since the winter break has been incredible, as they have dropped just two points in that time.

Those dropped points came as they were held 0-0 by RB Leipzig at the Allianz Arena. Following that draw, Bayern have won four straight games and scored an impressive 15 goals. No team has scored more or conceded fewer than the league leaders. Robert Lewandowski and Ivan Perisic are both passed fit for this weekend’s game. Lewandowski has already scored 25 league goals this campaign, and gamblers won’t be betting against him scoring this weekend.

Union Berlin have enjoyed an excellent first-ever season in the Bundesliga, and look to have already secured their place in the top-flight for next season. They hold a healthy eight-point advantage over Fortuna Dusseldorf in the relegation playoff position and are simply looking to create history this season by enjoying their highest ever league position. They would certainly be happy that this game is played at their home ground, as six of their nine wins this season have come at the Stadion An der Alten Forsterei.

This will only be the second competitive meeting between these two sides, with the first coming earlier in the season. Bayern Munich won the game earlier in the campaign at the Allianz Arena 2-1. Benjamin Pavard and Lewandowski scored either side of half time before Sebastian Polter scored a late penalty to give Union Berlin hope.

Bayern Munich will be the heavy favourites to restart their campaign with a win, and they should win this fixture with ease. Union Berlin have done excellently in their debut season in the Bundesliga, but there is a clear gulf in class between these two sides.

Make sure to bet on FC Union Berlin vs Bayern Munich with 22Bet!