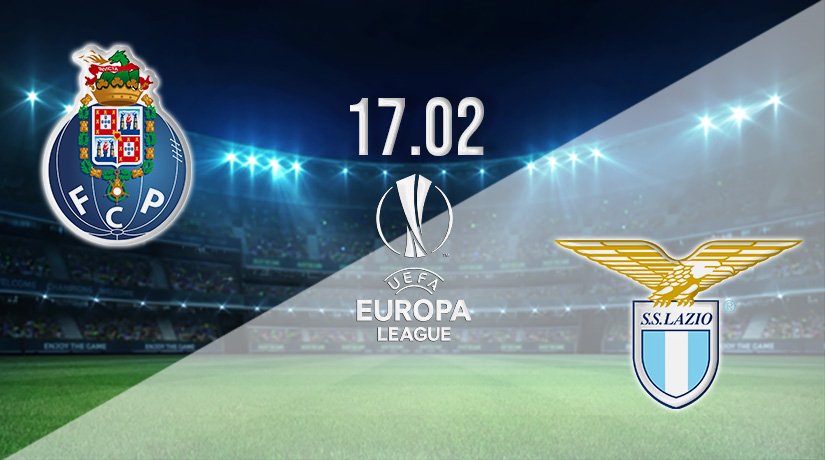 After an enthralling and eventful 2-2 draw with the Primeira Liga challengers Sporting CP on Friday, FC Porto’s attention turns to the Europa League round-of-32 fixture against Italian side Lazio on Thursday at 21:00GMT.

Can Porto Take a Giant Step Towards the Round of 16 by Winning the Home Fixture Against Lazio?

Sérgio Conceição will be focused on ensuring his team take a giant step towards the Europa League round of 16 at the expense of Lazio on Thursday.

Porto are riding high in the Primeira Liga, six points ahead of their closest challenges and reigning champions Sporting CP.

With Porto starting the tie at home, Sérgio Conceição will look to ensure that they maximise the advantage they get to build a lead they can take to Italy for the return leg.

Maurizio Sarri’s side will be looking to contain Porto and get a positive result to take home in the second leg.

Sarri will be aware that Porto are a Champions League club, especially given Conceição’s side were in the quarter finals just last season, losing to eventual champions Chelsea.

Also, the fact that the tie has two legs means that Lazio will have to be deliberate and tactical about their approach to optimise their chances of progressing to the round of 16.

Porto are unbeaten in 22 Primeira Liga Matches this season. They have dropped only six points, in three draws, all-reason.

Sérgio Conceição’s men are top of the table sitting on a six-point lead heading into their Europa League clash with Lazio.

Over the last five rounds of Primeira Liga outings, Porto have won four and drawn one. The draw came on Friday in a feisty 2-2 against their closest competitors for the title, and the current holders, Sporting CP.

Sérgio Conceição will be looking to bounce back from that draw and get back to their winning groove against Lazio on Thursday, and take a massive step towards progressing to the round of 16.

Lazio are in a good run of form; they have not lost in four matches. In this unbeaten run, they have won three matches and drawn one.

Maurizio Sarri’s men are within four points of fourth-placed Juventus on the Serie A table as they seek to compete for Champions League prediction.

Sarri will also be aware of the fact that Europa League success offers a route for Champions League qualification. Therefore, he will be fighting to earn progression to the round of 16 at the expense of Porto.

Maurizio Sarri has won the Europa League before with Chelsea in 2019; this means he has the experience to navigate Lazio through the tournament’s demands.

Sérgio Conceição will be without right-back Wilson Manafa for the clash against Lazio. The 27-year-old is nursing a ruptured patella and is expected to be back by the end of May.

Porto will also be without striker Fernando Andrade; the 209-year-old is recovering from a cruciate ligament rupture from August 12th 2021. There is no set return date for the forward.

Centre-back Francesco Acerbi will be a doubt for the clash against Porto as he recovers from a hamstring injury.

Central midfielder Jean-Daniel Akpa Akpro has been side-lined with pneumonia since January 3rd; he will be a doubt for the trip to face Porto at the Estadio Dragao.

Maurizio Sarri will also be without the services of right midfielder Manual Lazzari; the 28-year-old is nursing a hamstring injury since February 12th.

Defensive midfielder Patryk Dziczek is still side-lined after the diagnosis of a heart condition on February 20th 2021.

Taremi is a crucial cog for Porto’s success this season. He will be crucial for the Portuguese club’s bid to progress to the round of 16 against Lazio.

The Italian international has been fundamental to Lazio’s form since he has returned from injury. The Euros winner will be crucial for Sarri’s side against Porto.

Expect Porto to be on the front foot against Lazio by dominating possession and because they are playing at home. Expect Lazio to compete for possession and territorial dominance.

Porto are in a good run of form, and they are favoured to narrowly edge out Lazio in Portugal.

Make sure to bet on FC Porto vs Lazio with 22Bet!