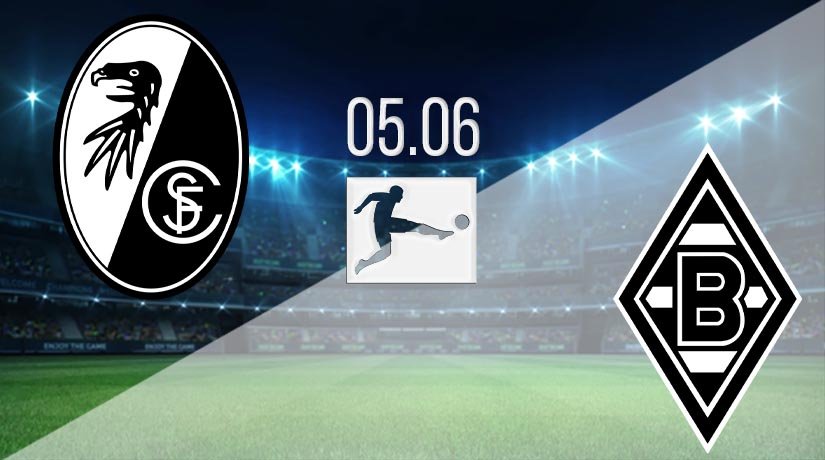 The action for round 30 of the Bundesliga gets underway on Friday night as Borussia Monchengladbach travel to SC Freiburg looking for a second win on the bounce. Meanwhile, Freiburg will be looking to end their recent dismal run of results as they hope to finish in a Europa League spot.

The pressure will be on Borussia Monchengladbach this weekend to put down their marker in the race to finish in the Champions League places. The battle between themselves, RB Leipzig and Bayer Leverkusen looks set to go down to the wire, and with Leverkusen facing a tricky test against Bayern Munich this weekend, this could be Monchengladbach’s big chance to put themselves into pole position.

Monchengladbach haven’t been in the best form over their past three games, as they have won once, drawn once and lost once. Their win during this run of results came last time out against Union Berlin. They were dominant on that occasion, with both of their star strikers getting on the scoresheet. Marcus Thuram scored a brace in the 4-1 win, while Alassane Plea scored the final goal in the final ten minutes. Florian Neuhaus scored the other goal for them. However, this could be a trickier fixture.

Freiburg’s chances of finishing in the Europa League places have been fading with every passing week of action. They are yet to win since the restart and have lost two of their previous three fixtures. They are now four points behind Wolfsburg, who are currently occupying that sixth spot.

Another defeat this weekend could see Freiburg drop as low as tenth in the standings. They were beaten last time out by Bayer Leverkusen. Freiburg were able to restrict their talented opponents to just one shot on target in the game. But, unfortunately for them, that one shot ended up in the back of their net, as Kai Havertz gave Leverkusen all three points.

This should be an entertaining fixture, but it’s hard to see anything other than a win for Monchengladbach. Freiburg’s form has been alarming over previous weeks, and there is no indication that they will have a change in fortune against their Champions League-chasing opponents this weekend.

Make sure to bet on SC Freiburg vs Borussia Monchengladbach with 22Bet!