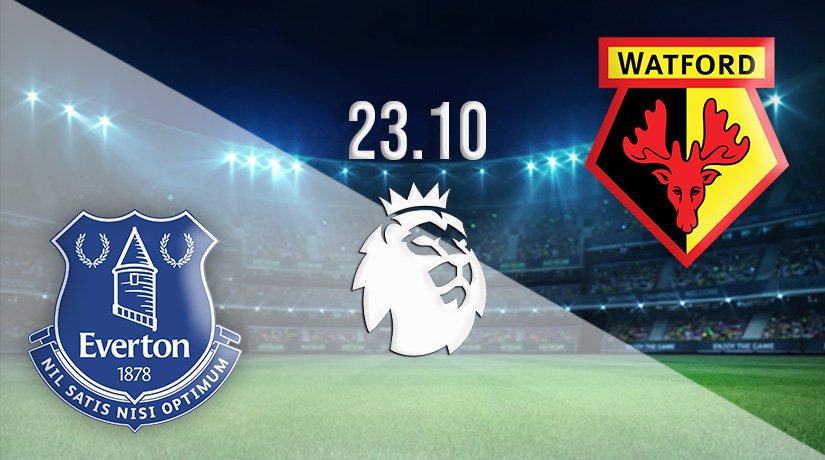 The pressure is rising slightly on Rafael Benitez, which means this Saturday fixture against Claudio Ranieri’s Watford is a must-win for the Toffees.

Everton have slipped down the league standings over recent weeks, having won just once in four. However, they will certainly be the favourites in the betting to take the points in this fixture on Saturday, as Watford have failed to improve since the return of Claudio Ranieri to the Premier League.

European football must still be the target for Everton despite recent poor results. The Toffees aren’t a million miles away from those positions, and victory in this fixture on Saturday could lift them into the top four of the Premier League. Everton have won just once in their last four though, which is not a record that has gone down with the Toffees faithful.

Fans were certainly very disappointed with their performance last weekend, as they were beaten for the second time this season by West Ham United at Goodison Park. Everton managed just two shots on target in that fixture, but allowed the Hammers to dominant the ball in their home fixture.

Watford made the decision to appoint Ranieri over the international break, as the former Leicester City title-winning manager made his return to the English top-flight. He will certainly have a huge challenge on his hands to keep the Hornets in the league this season, as they have won just once in their last five.

His return to the English game saw him come up against an in-form Liverpool side, as the Reds ran out rampant 5-0 winners. This may be a slightly easier challenge ahead of them this weekend, but their performance will certainly need to improve ten-fold.

Everton vs Watford Head to Head

The Toffees have won their last two against the Hornets, with their most recent success being a 3-2 win at Vicarage Road. Watford have recorded two wins in the last five, but both victories have come at their home stadium. They haven’t beaten Everton away from home in five visits.

Watford have struggled in recent weeks, and also have a very poor record at Goodison Park. It could be an interesting atmosphere on Merseyside this weekend, which means the longer the game is level, it could favour Watford taking a point. We would go with the outside bet of a draw to increase the pressure on Benitez.

Make sure to bet on Everton vs Watford with 22Bet!