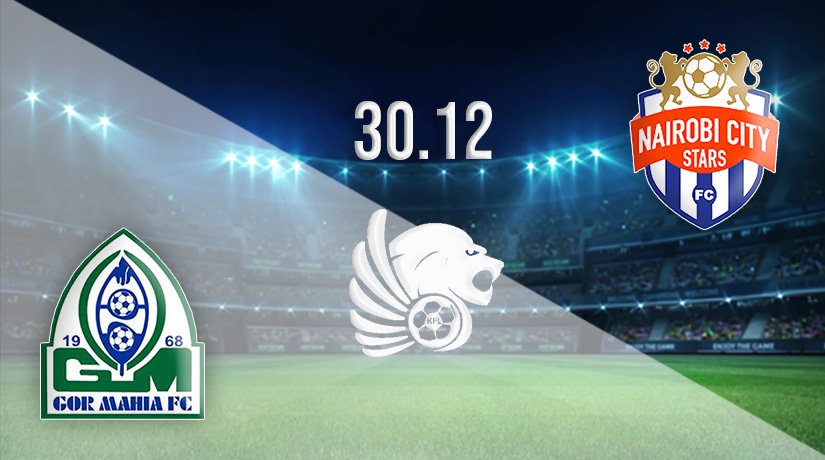 K’Ogalo will be looking to maintain pressure on the top two teams on the table – Kakamega Homeboyz and KCB – as the title race gains momentum after 10 rounds of fixtures.

Can Gor Mahia Maintain Pressure on the Top Two?

K’Ogalo have amassed 18points from 9 fixtures, which places them third on the tale and 3 points behind KCB and a further six points from Kakamega Homeboyz. Gor Mahia have played a match less on the standings.

Mark Harrison’s side need consistency and a killer instinct in the league to hunt down Kakamega Homeboyz at the top of the table as they seek to regain the title.

Can City Stars Make a Statement by Beating One of the Title Favorites?

City Stars have been inching up the table as they have amassed 17 points from 10 rounds of fixtures.

However, they will be up against one of the title favorites when the face Kogalo on Thursday. A win will be a statement of intent and a massive blow to Gor Mahia’s title prospects.

Gor Mahia have managed on a solitary win their last five KPL outings. This run has seen them lose ground on the league leaders Kakamega Homeboyz.

Mark Harrison’s men have managed three draws and a 2-1 defeat at the hands of Kakamega Homeboyz on December 18th.

The defeat to Homeboyz was especially damaging to K’Ogalo’s titile hopes as a win would have extinguished Homeboyz’s lead to the top of the table.

City Stars lost their last match 1-0 to KCB, which means that they will be looking to bounce back to winning ways against K’Ogalo on Thursday.

In their last five rounds of fixtures in the KPL, City Stars have won two, drawn one, and lost two.

The Stars are level on points with Kariobangi Sharks on the table, and just one behind Gor Mahia in third.

Mark Harrison will have his full squad to choose from ahead of the match against City Stars.

This will come as a boost to Kogalo’s bid to mount a title challenge by cutting the gap with league leaders Kakamega Homeboyz.

The City Stars camp has not recorded any injuries, and they do not have any suspensions ahead of the clash with Gor Mahia in the league.

With everyone available, City Stars will be well poised to bounce back from the defeat they suffered the last time out.

The forward has contributed to Gor Mahia’s cause through is goals and selfless work rate across the season.

Kipkirui will be an important part of K’Ogalo’s quest to beat City Stars and climb up the table. This will be important given they lost in their last outing in the KPL.

Goals will be crucial for K’Ogalo to ensure that they are clinical and enhance their ability to collect points. Kipkirui will offer the goal threat and creativity to trouble opponents, and thus giving K’Ogalo’s game a new dimension.

City Stars will need to win the midfield battle to stand a chance of defeating Gor Mahia. Sven Yidah, therefore, is a crucial part of the Stars’ approach to the midfield slog in the match on Thursday.

Yidah’s work rate, box-to-box approach, tackling, and creativity going forward, will give City Stars a crucial threat and impetus in fighting the K’Ogalo midfield, and thus hand them a major edge in the match.

Gor Mahia will be looking to regain the consistency required to trouble the top of the table. Expect K’Ogalo to seek territorial and possession domination. They will want to dominate City Stars with their experience and know-how. City Stars will seek to disrupt Gor Mahia’s flow and cause dangerous situations. Gor Mahia will have too much quality and experience, and will thus take all 3 points.

Make sure to bet on Gor Mahia vs City Stars with 22Bet!