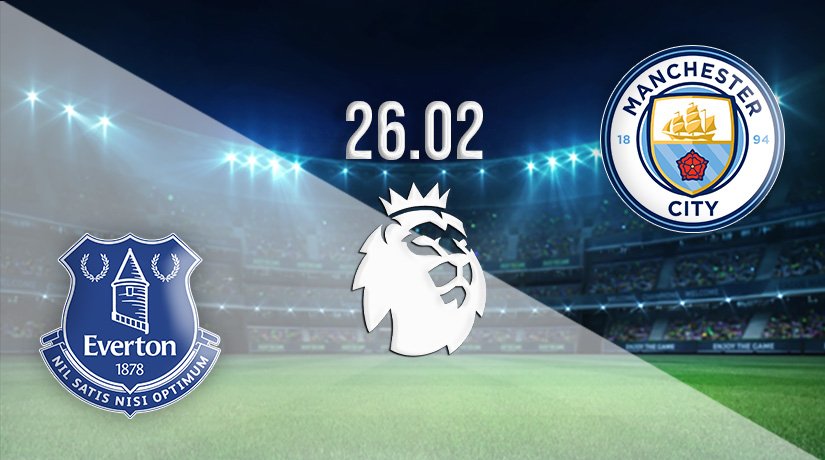 There is a big game at both ends of the Premier League standings on Saturday evening. Manchester City will be looking to maintain their advantage at the top of the standings, while Everton will desperately be looking for a win to ease relegation worries.

The Premier League title race is back on after a pulsating round of fixtures last weekend. The gap between the top two stands at just six points, but that could be cut to three by the time that City kick off against Everton on Saturday evening. Many believed that the title race was over, but it seems to be only getting started.

City’s form throughout the season has been exceptionally strong, but a third defeat of the campaign was delivered last weekend, as they were stunned at the Etihad by Tottenham Hotspur. The defeat allowed Liverpool to close the gap on their rivals, and could be within striking distance this weekend if results go their way.

Despite having a lot of the ball against Spurs last weekend, City never really looked like winning the game, as they were always chasing. Spurs went ahead after just four minutes, before striking back once again after City had equalised in the second period. Riyad Mahrez had believed he had earned a point from the spot in the 92nd minute, but Harry Kane netted the winner in the 95th.

Everton’s record-breaking stay in the English top-flight is under big pressure this season, as the Toffees are just four clear of the relegation places in the Premier League. Only Watford, Brentford and Norwich City have lost more games this season than Everton.

They suffered a fourth defeat in five last weekend, as they were beaten on the South Coast by Southampton. A response will be needed by Frank Lampard’s side this weekend.

Manchester City have picked up wins in the last eight meetings between the sides in the Premier League. City have won the last two without conceding a goal, scoring eight in the process. Everton’s only win in 18 league meetings against City came in January 2017.

Things aren’t looking good for the Toffees this season, and there isn’t much evidence to suggest that they can pick up a rare win against City this weekend. We think that the visitors will be far too strong and claim a big 3-0 win at Goodison Park.

Make sure to bet on Everton vs Manchester City with 22Bet!