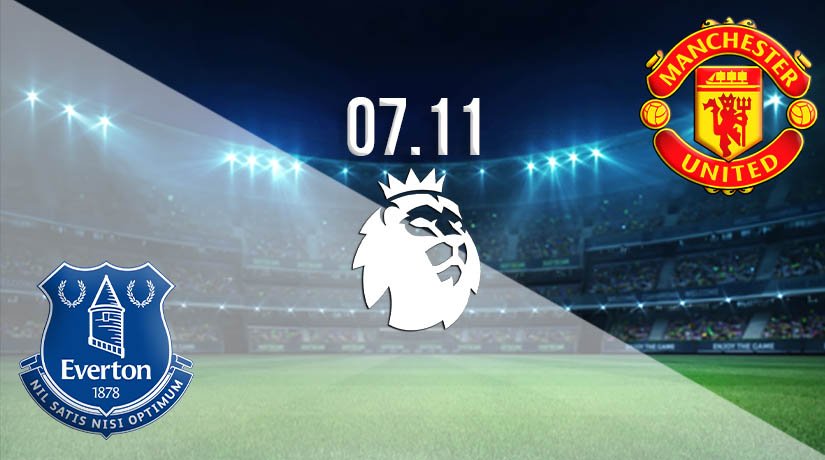 Four matches will be played in the English Premier League on Saturday afternoon and it’ll be a great occasion for armchair fans with each game shown live on television. The action begins at Goodison Park where Everton host Manchester United from 12:30 pm. With both teams hoping to finish in the top-four this season and qualify for the Champions League, this should prove an entertaining match.

Everton have started the season better than many critics expected and they sit third in the Premier League after seven games with their stats for the season showing four wins and one draw against two defeats. They have scored 15 goals to date and conceded 11 in the process. The 13 points gained means they are just three behind leaders Liverpool, but the Toffees are winless in three.

That drought began with a draw in the Merseyside Derby against Liverpool before Carlo Ancelotti’s team suffered back-to-back defeats. They were last seen in action losing at St James Park against Newcastle, going down by a 2-1 score. Wilson bagged both goals for the Magpies that day before Calvert-Lewin notched a consolation goal in injury-time.

United down in 15th

Manchester United have played a game less than their opponents and the Red Devils have, once again, stumbled out of the starting blocks this season. They have been impressive in the Champions League so far but have been unable to carry that form into domestic football. Stats of two wins and one draw against three defeats with nine goals scored leaves them on seven points. That’s good enough only for 15th place.

Incredibly, Man Utd are just three places higher than the relegation zone and have six points more than Sheffield United in the bottom three. They are winless in their last two games, following a draw with defeat last time out against Arsenal at Old Trafford. Aubameyang scored a 69th-minute penalty and the critics were lining up to get United at full-time.

Everton are the home team and have been showing much the better form of the two clubs involved in this match. Man Utd are under real pressure to get their season back on track with a run of victories or it could end up costing Solskjaer his job as manager.

Make sure to bet on Everton vs Man Utd with 22Bet!