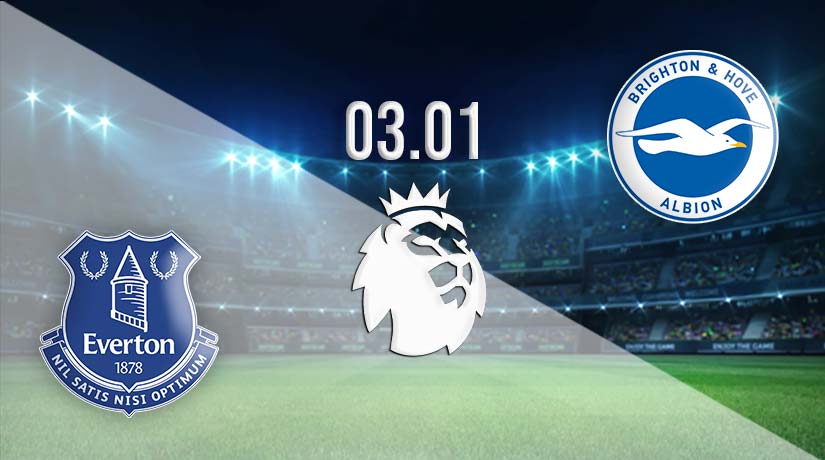 This looks set to be a huge match at Goodison Park for Frank Lampard and his Everton team, as the Toffees look to end a five-game winless run. Brighton was beaten in their previous fixture, but they could move up to seventh with a win on Tuesday.

The pressure continues to rise on Frank Lampard, as Everton has been unable to move away from the relegation places in the Premier League. The Toffees could end up in the bottom three places this week if they suffer defeat in this fixture and other results go against them. At present, they are just a point clear of the drop zone, but they haven’t recorded a victory in their previous five Premier League fixtures.

Everton has lost three times over that period, while no side in the Premier League has won fewer games than the Toffees this term. Furthermore, they have struggled in front of goal throughout the season, having scored just 13 times. However, positives could have been taken from their previous fixture, as they picked up a deserved 1-1 draw at Manchester City.

It has been a great season for Brighton to this point, as they sit in the top half of the Premier League standings. The Seagulls will be happy with their campaign to this point, but their recent form may be a slight concern. They have suffered two defeats in their previous three, which includes a recent 4-2 defeat against Arsenal at the AMEX.

However, they could get back on track in the Premier League on Tuesday, as a victory would see them move up to seventh in the league standings. Brighton are unbeaten in their previous three league fixtures away from home, which includes a 3-1 win at Southampton on Boxing Day.

Everton vs Brighton Head to Head

Everton has picked up victories in four of their previous five home matches against Brighton in the league. However, their only defeat in this fixture was suffered last season. That win remains Brighton’s only victory in ten attempts at Goodison Park.

Brighton’s away record against Everton is extremely poor, while the pressure will certainly be on the hosts to get a big result on Tuesday. It may not be the most entertaining game for the neutral, but I could see Everton getting a huge three points.

Make sure to bet on Everton vs Brighton with 22Bet!