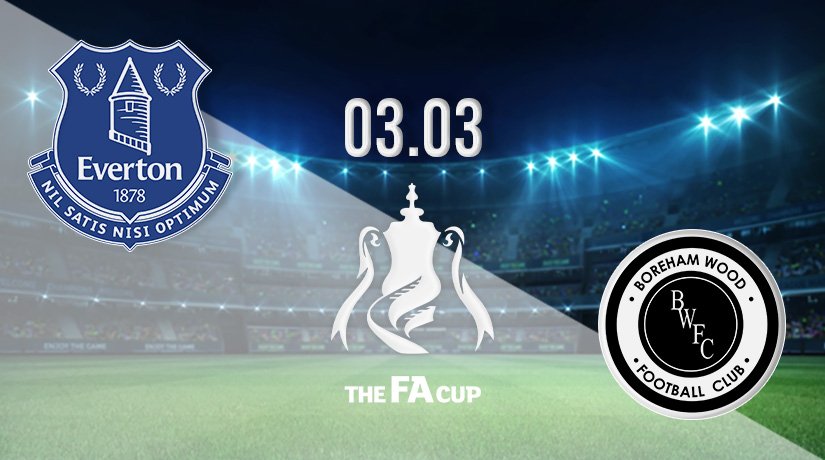 The biggest tie of the round in the FA Cup fifth round takes place on Thursday, as Everton look to avoid one of the biggest upsets in recent memory. The Premier League side welcome National League side Boreham Wood to Goodison Park.

The FA Cup is all about huge upsets, and we could see one of the greatest in recent years on Thursday. National League side Boreham Wood are the lowest ranked side remaining in the competition this season, and have shown throughout the rounds that they could have the tools to hurt Everton.

They produced the shock of the season so far in the fourth round of the competition, as they beat Championship high-flyers Bournemouth at the Vitality Stadium. In truth, the 1-0 win was the very least that they deserved, as they dominated the fixture throughout.

However, the hero on the night was Mark Ricketts, who scored the winner just before the half time break. Everton will be extremely wary of their rivals this week, as Boreham Wood are yet to concede a goal in the main competition, and have scored nine in the four rounds that they have played.

Everton saw off Brentford in the fourth round of the competition, with Yerry Mina, Richarlison and Andros Townsend all scoring in a 4-1 win at Goodison Park.

This is the first ever meeting between the two sides in any competition. Meanwhile, it is also the first time that the visitors have come up against a side in the top-flight.

The FA Cup is an extremely special competition, and there is always one shock in the round. Everton’s league form has been disastrous throughout the season, which means we will be taking a hopeful punt on the Draw/Boreham Wood selection in the double chance market.

Make sure to bet on Everton vs Boreham Wood with 22Bet!