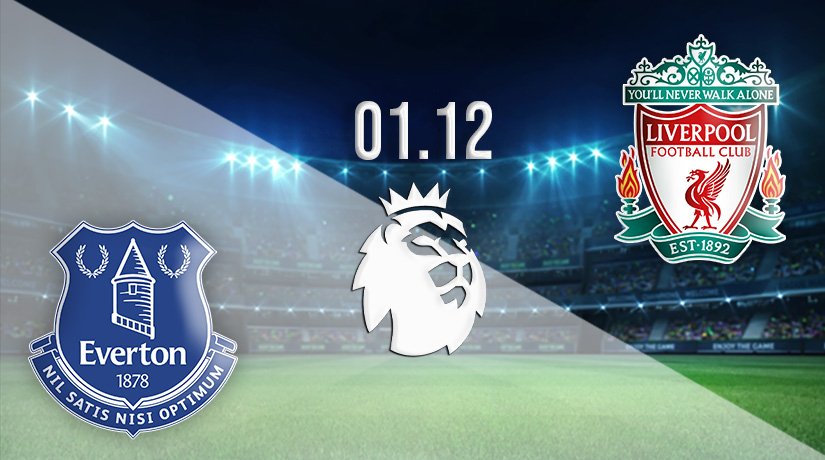 With no Champions League or Europa League matches in midweek, the English Premier League takes the opportunity to squeeze in another round of fixtures. It’s the opening day of December, and a hectic month gets up and running with six games on the schedule. The standout fixture from the list takes place at Goodison Park from 20:15 GMT, where football fans enjoy a renewal of the world-famous Merseyside Derby. Everton hosts Liverpool, and you can follow the play live on television.

Everton and Liverpool seem to be heading in different directions this season, with the Reds back in the title race, competing with the likes of Chelsea and Man City for the crown. We are only entering December, but it’s already looking like it will be another long and frustrating season for Everton fans. The Toffees have been underperforming, and a woeful run of form has dragged them down into the bottom half of the division.

Making up one of the fiercest rivalries in football, Everton and Liverpool are no strangers to facing off in big matches. They have provided us with some memorable matches over the years, including a 5-2 win for Liverpool at Anfield in 2018. The most recent game was played in February and ended in a 2-0 win for Everton. An interesting stat from this game is that Everton haven’t lost to Liverpool in three games, that run made up of two draws and that Everton victory. Will Liverpool get back to winning ways here?

Blues are feeling the pressure

Everton have slipped down to 14th in the Premier League after taking one point from the last 15 available to them. They have won only four games all season and are much closer to the relegation zone than they are the European places. Could a nightmare season be about to get a lot worse? It’s certainly possible as Everton prepare to take on their bitter rivals and this match seems to come at the wrong time for Everton. Another loss here could send them further down the pecking order as we move towards what will be a hectic festive period.

The locals prepare for this game on the back of two defeats in their last two games. Since drawing with Tottenham at this venue early in November, Everton have lost 3-0 to Manchester City at the Etihad Stadium before a hurtful 1-0 in London against a Brentford side that has blown hot and cold this season. Sunday’s match at the Community Stadium was one the Toffees were expected to use to make a welcome return to winning ways and most respected pundits had them picked to do just that. But they again failed to deliver.

Brentford claimed three vital Premier League points, easing the pressure on themselves with what was an overdue win following three defeats and a draw. Toney scored the winning goal on Sunday, striking from the penalty spot on 24 minutes. There was plenty of time left in the game and more than a few chances for either side to add to the scoring but, in the end, 1-0 was enough to win that match, piling pressure on the beaten side.

Reds enjoy back to back wins

Liverpool entered this season as one of the early favourites to challenge Manchester City’s dominance and they have lived up to expectations so far. The Reds can be found competing with the early leaders for pole position and entered the week in third place, just two points behind current leaders Chelsea and one behind the champions. Only Liverpool and Man City won at the weekend with Chelsea dropping two points at home in a bad tempered match with Manchester United on Sunday. That draw helped Liverpool close the gap and the right result in midweek could send Jurgen Klopp’s men to the top of the league.

Despite being title challengers the visitors did hit a wobble recently when going two games without a win, managing just a point from six available. They drew 2-2 at home to Brighton in what was a shock result but nothing compared to the 3-2 defeat suffered in London away to West Ham. The Hammers have been the league’s dark horses this season and were good value for that shock win over the Reds in Stratford.

Since losing to the Hammers, Liverpool have made a welcome return to winning ways, claiming six points from their last two games. They hammered a resurgent Arsenal 4-0 at Anfield, shooting down a Gunners side that arrived with confidence. They then brushed past FC Porto in the Champions League before returning to demolish Southampton 4-0 in the Premier League on Saturday. This is a Reds team brimming with confidence at the minute and this derby match comes at exactly the right time.

In most cases, a Merseyside Derby would be an occasion where the stats could be overlooked. It’s a competitive contest where both teams go all out to gift their fans the win and bragging rights. That is likely to be the case again in midweek but the fixture may lose a bit of its edge due to the late Wednesday kick-off and it’s a surprise to see one of English football’s flagship games played in midweek.

At present, there are 11 places and 13 points between the teams and that could show in this game. Liverpool have scored 22 goals more than their rivals and conceded nine fewer goals. The sides are world’s apart and despite Everton holding the home advantage for this match, if Liverpool play to the best of their abilities, they should have enough about them to win this game. Away fans will expect them to achieve that.

The pre-match betting available at 22bet has Everton priced at 7.8 to win with Liverpool the 1.375 favourites and a draw 5. Registered members of 22bet can also gamble on over 100 other markets, like both teams to score, half time/full time, correct score and more.

Make sure to bet on Everton v Liverpool with 22Bet!