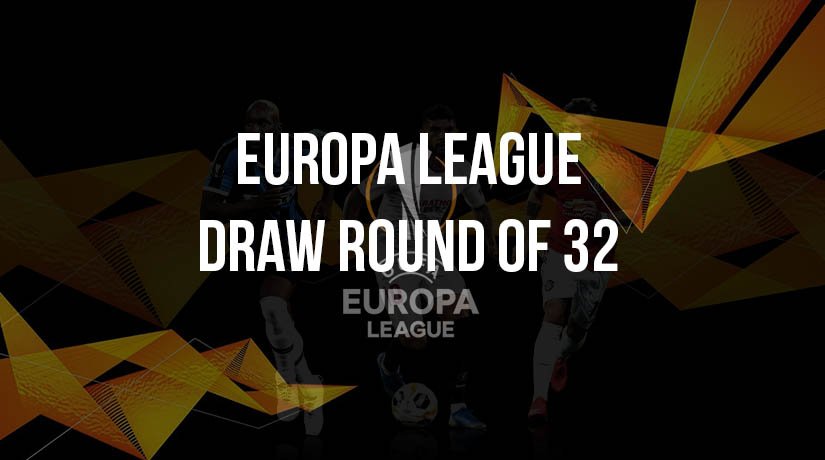 Europa League Draw Round Of 32

The Europa League will heat up after the winter break with a number of exciting ties drawn during the round of 32 draw. Teams will already be plotting their way through to the later rounds of the competition after seeing who they would be playing, but what are the biggest ties that capture the eye?

Manchester United dropped into the Europa League after finishing third in their Champions League group, and life will not get much easier for them on Thursday nights. The Red Devils were drawn against Real Sociedad in Monday’s draw, and the La Liga leaders will certainly mean for a tough game for the Red Devils.

Arsenal will also have a difficult challenge ahead of them, as they will come up against Portuguese side Benfica. Rangers will face Royal Antwerp, whole Tottenham Hotspur will take on Wolfsberger. The only other remaining British side in the draw, Leicester City, will take on Slavia Praha.

This season’s Europa League could be one of the most open that we have seen in recent seasons, with a number of sides having a realistic opportunity of winning the honour. AC Milan managed to get through their group, and were rewarded with a tie against Crvena Zvezda, while fellow Italian giants AS Roma and Napoli will take on Braga and Granada respectively.

The German sides left in the competition would have been delighted with the draws that they got, as Hoffenheim will take on Molde, and Bayer Leverkusen will come up against Young Boys. Both German sides will also get home advantage in the second leg.

Villarreal will face a tough challenge if they are to progress as they will be coming up against Salzburg when the competition restarts in February. There are also interesting looking ties featuring some teams that will be considered underdogs. Shakhtar Donetsk will be playing against Maccabi Tel-Aviv, Krasnodar will be taking on Dinamo Zagreb, and Dynamo Kiev will face a competitive looking tie against Club Brugge.