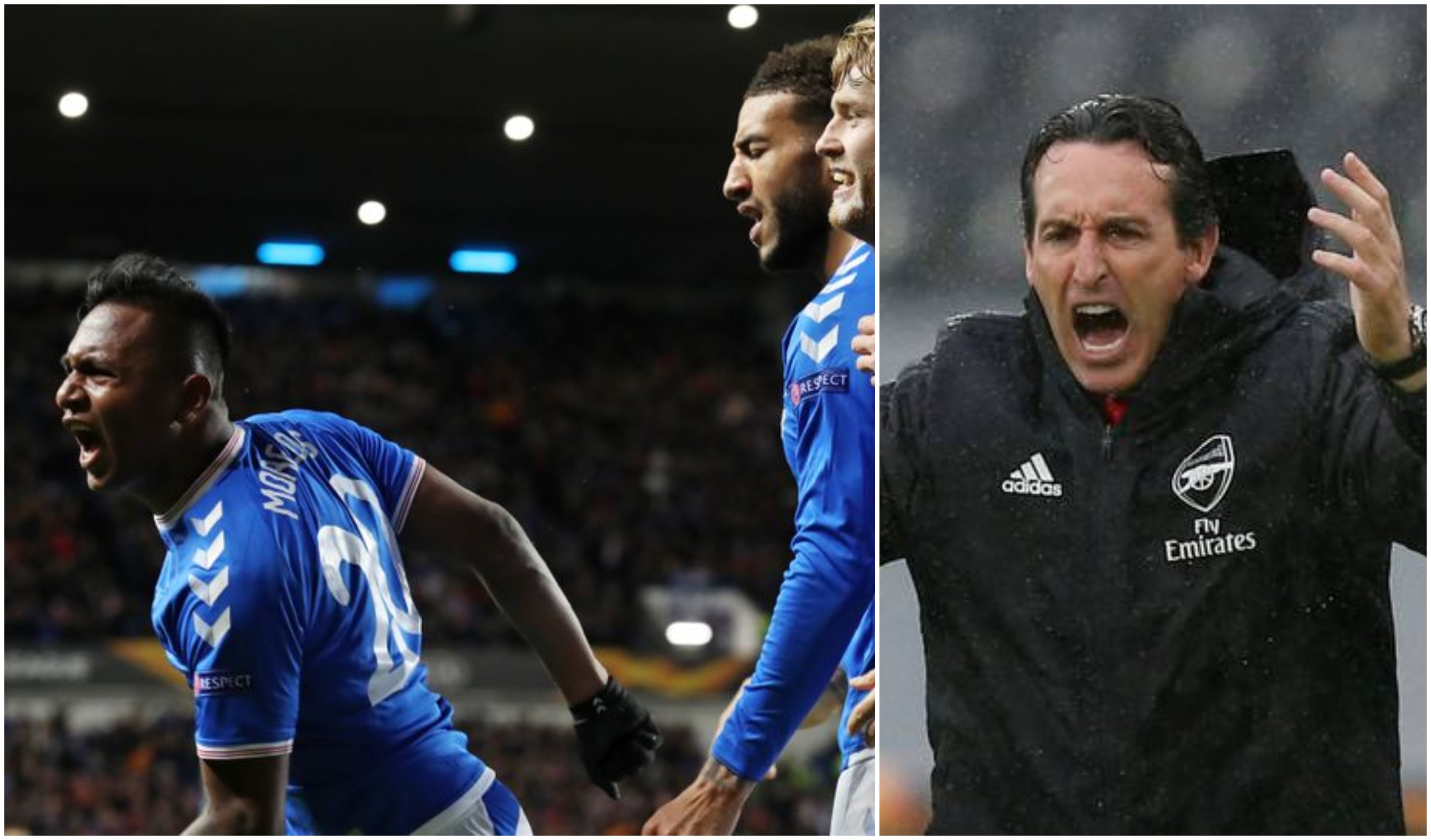 Fourth out of six matchdays of the Europa League has finally concluded, so it’s time to look at all the results.

Manchester United secured their passage into the Europa League knockout stages with a 3-0 home win over Partizan Belgrade.

Goals from Mason Greenwood, Anthony Martial and Marcus Rashford kept United at the top of group L, two points ahead of AZ Alkmaar who beat FC Astana 5-0 in Kazakhstan.

In group k, Wolves moved to within one point qualification for the knockout stages after a 1-0 win at home to Slovan Bratislava.

A last-minute Raul Jimenez goal sealed the win and keeps Wolves one minute of table-toppers Braga, who beat Besiktas 3-1.

The third English team in the draw Arsenal are also on the brink of qualification following a 1-1 draw away at Vitoria.

Arsenal face Eintracht Frankfurt, who lost 2-1 away to Standard Liege, at the Emirates Stadium next and a draw will see them qualify.

Elsewhere, Celtic secured qualification for the next round with a 2-1 win over Lazio, while Rangers moved within a win of progression after they beat Porto 2-0 at Ibrox.

Elsewhere, Sevilla qualified for the next round from group A with a 5-2 win away at F91 Dudelange, with APOEL Nicosia moving into second after beating Qarabag FK.

In group B, Copenhagen and Dynamo Kyiv stay level on six points following a 1-1 draw, while Malmo sit a point further back after they failed to beat FC Lugano.

FC Basel stay top of Group C following a 2-1 defeat of Getafe, with FC Krasnodar now level with the Spanish side after a 3-1 win over Trabzonspor.

In group D, Sporting moved top with a 2-0 win away at Rosenborg BK, with PSV slipping to third after they lost 4-1 away at LASK.

Espanyol moved to within a point of qualification from Group H after a 6-0 thrashing of Ludogorets Razgrad.

Ludogorets remain second in the table though with Ferencvaros missing the chance to move ahead of them following a 0-0 draw at home to CSKA Moscow.

Gent leapfrogged Wolfsburg to go top of Group I with an outstanding 3-1 away win in Germany, while Saint-Etienne and FC Olexandriya remain third and fourth after playing out a 2-2 draw in Ukraine.

Finally, Istanbul Basaksehir moved top of Group J following a 3-0 away win at Wolfsberger AC, while Borussia Monchengladbach went second with a 2-1 home win over Roma, leaving the Italian club in third spot.

Make sure to check the odds and bet on the next Europa League games!