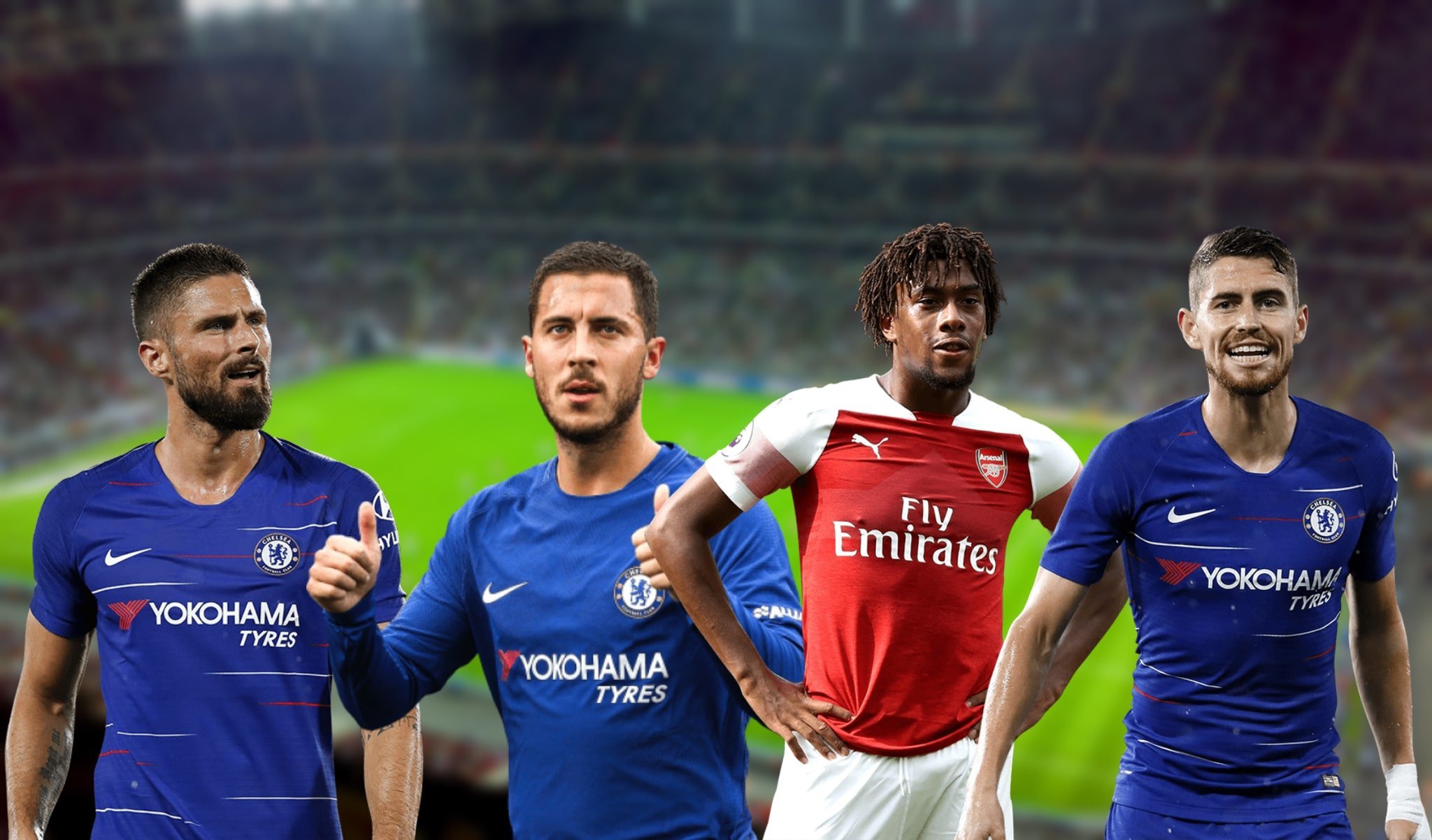 The final between London clubs Arsenal and Chelsea was certainly a wonderful experience for Chelsea fans and a heartbreak for Arsenal fans. With the first half being somewhat contested, there wasn’t a lot to go on when it came to choosing a winner based on first-half performance. The second half saw Chelsea turn into something remarkable as they ground down the Arsenal back-line until all 3 center-backs were running on fumes. It was truly an astounding performance from Chelsea, with 4 goals scored in less than 25 minutes.

There were a few players that stood out throughout the game for a number of reasons. There’s a lot of choices when asked to pick the best performer of the final, with the likes of Hazard scoring twice, Giroud scoring, winning a penalty and making life difficult for the opposition, and Emerson (Palmieri) dribbling and passing his way through Arsenal’s right-side. We’ll explore the options below:

Hazard may have won the man of the match with 2 goals scored, but Giroud definitely put in the best performance. From the first half, all the way through the second, he was in command of the attack. If not for Cech putting in an admirable performance, Giroud would also have a brace from the final. What really tops it off is the amazing header that took some effort and skill to get on the end of, not to mention some contortion on his part.

The French international striker really did deserve a man of the match more, but because Hazard took the penalty, Giroud was overlooked for the man of the match. If he performs like that next season, then Chelsea has a chance at the Champion’s League.