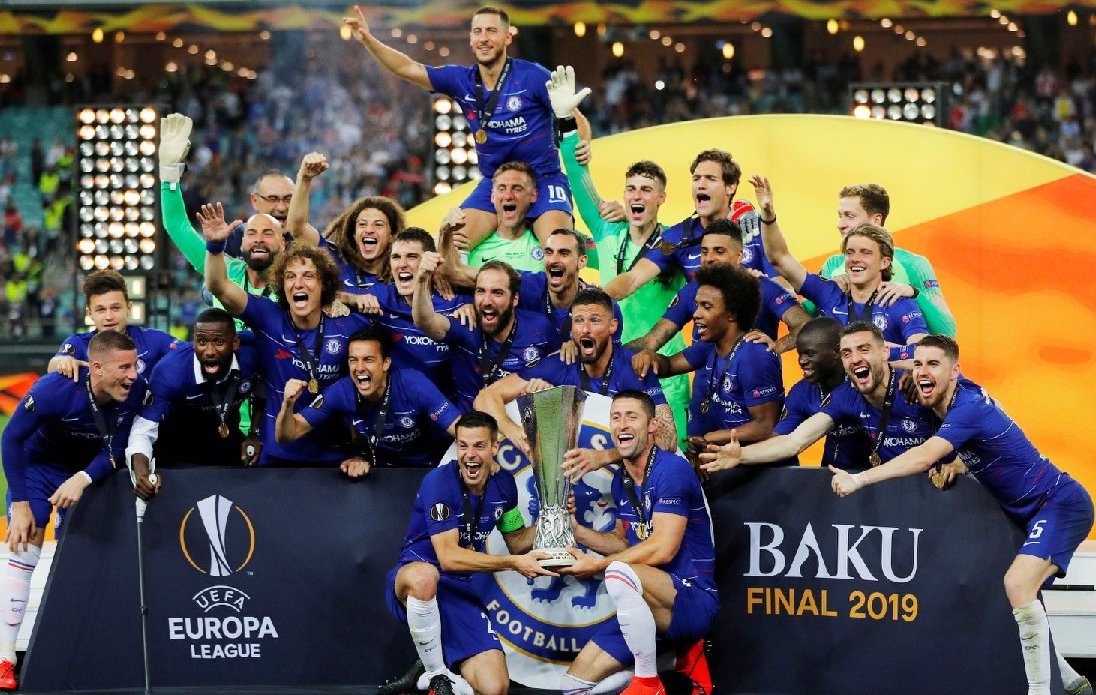 Chelsea have managed to put in a strong performance domestically, with only the two powerhouses Manchester City and Liverpool finishing higher in the table. Because the two powerhouses are in a class of their own, especially in regards to points earned, Chelsea put in the best performance of the down-to-earth teams. Their Europa League performance was well and truly brilliant, with Chelsea managing to win the Europa League while keeping both Tottenham and Arsenal away from the only achievable medal-worthy position on the table. Maurizio Sarri made some wonderful tactical choices in terms of formation and substitutions.

Of the 6 games that Chelsea played, they achieved 16 points, dropping 2 as a result of drawing against Fehervar FC (Vidi). Had Ethan Ampadu not been responsible for an own goal in the 2-2 draw, Chelsea would’ve secured a perfect 18 point run for their group stage. The group stage was encouraging, with Giroud scoring 4 goals across the group stage, Loftus-Cheek scoring a hat-trick with 2 goals being within 6 minutes of each other, Willian and Morata scored a couple, and there wasn’t much in the way of goals against.

The round of 32 brought Chelsea up against Malmo. Barkley and Giroud scored one each during the first leg, and in the second leg Giroud and Barkley did the same again, but this time with the addition of a late goal from Callum Hudson-Odoi.

The round of 16 squared Chelsea up to Dynamo Kyiv. This was painful to watch, even for the more empathetic Chelsea fans. Both wings scored, with Pedro and Willian etching their names on the scoresheet, before yet another late one from Hudson-Odoi to make it 3-0. The second leg was more painful than the first. Giroud scored a hat-trick, full-back Marcos Alonso scored in first-half injury time and Hudson-Odoi scored in the last half-hour in what was quickly becoming a typical fashion for the youngster. 8-0 on aggregate saw Chelsea through to the quarter-finals.

Slavia Praha was the next team standing between Chelsea and the Europa League title. A Marcos Alonso goal was the one and only goal in this 1-0 win on the first leg. The second leg was a bit more interesting. A Pedro brace and a goal from Giroud were bolstered by an own goal from one of Slavia Praha’s center-backs. Including the 3 goals that Chelsea conceded during the second leg for a score of 4-3, the total aggregate was 5-3.

The final team posing an obstacle to the final was Eintracht Frankfurt. Luka Jovic took Franlfirt ahead before Pedro equalized in the first leg, and the second leg was a nail biter that ended up going down to penalties.

The final between Chelsea and Arsenal was a contested first half with Arsenal coming close once or twice, to a second-half that saw Chelsea systematically destroy any hopes Arsenal had of winning. A resounding Chelsea performance ended in a convincing win. On top of that, Chelsea had the best player of the Europa League final.