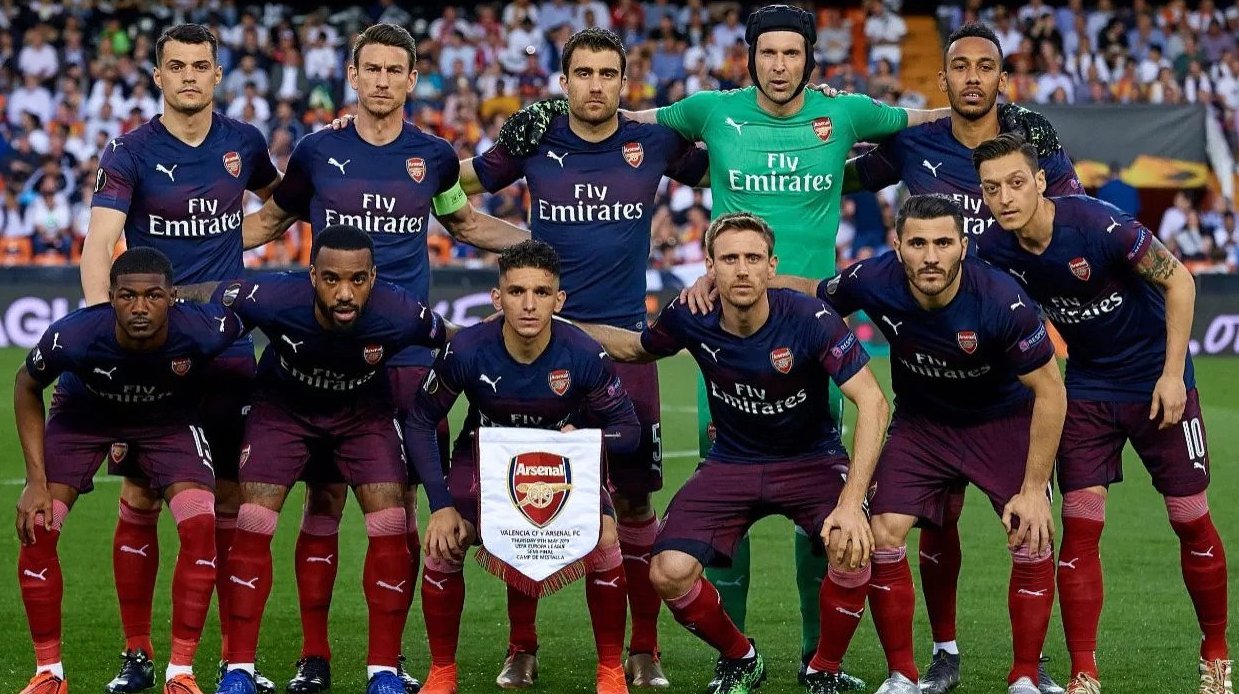 Arsenal put in a relatively mediocre performance in the Premier League for the 18/19 season. They finished 5th domestically, but their performance was much more bi-polar than Chelsea in 3rd and Tottenham in 4th. The strike-force of Aubameyang and Lacazette scored the majority of the 73 goals for Arsenal. They may have scored more than both Tottenham and Chelsea, but they also conceded a lot more as well, showing the defence and goalkeeping as problem areas.

Arsenal in The Group Stage

Arsenal’s group stage saw them finish atop their group table, dropping only 2 points in the form of a goalless draw against a 10-man Sporting CP. They may have conceded a disproportionate amount of goals in the Premier League, but during the group stage, they only conceded 2 goals. Only one other team, Real Betis, managed to accomplish this. They scored 12 goals during the group stage, which left them with a goal difference of 10. Only RB Salzburg, Sevilla and Eintracht Frankfurt had a better goal difference.

The round of 32 saw Arsenal face off against FC BATE Borisov. The first leg had some tear-jerking drama, with Arsenal losing 1-0 after a 45th minute goal. To make matters worse, Lacazette let his temper get the better of him and he was shown the red card for lashing out with his elbow. The second leg had drama much earlier on, with FC Bate’s Zakhar Volkov scoring a 4th minute own-goal. Sokratis and Mustafi both added their names to the scoresheet, meaning all 3 of Arsenal’s goals came from defenders. 3-1 on aggregate saw Arsenal through to the round of 16.

The round of 16 pitted Arsenal against Stade Rennais. Another dreadful first leg saw an initial optimism after a 3rd minute Iwobi goal. Sokratis was then red-carded in the 41st minute, Stade Rennais’ Bourigeaud score a 42nd minute rebound from the free-kick conceded by the red-carded Sokratis. To make matters worse, Monreal conceded an own-goal in the 65th, followed by Sarr scoring an 88th minute goal for a 3-1 loss. In the second leg, Aubameyang secured a brace and Maitland-Niles converted a chance in-between Aubameyang goals. The 3-0 victory leaves Arsenal ahead 4-3 on aggregate.

The quarter-finals brought Arsenal face-to-face with Napoli. The first leg ended 2-0 to Arsenal, and then the second leg finished 1-0 to Arsenal. It was here where Arsenal really found their European form.

The semi-finals against Valencia led to the first-leg result of 3-1 to Arsenal, and a second leg result of 4-2 put Arsenal through to the final against Chelsea. Both Lacazette and Aubameyang put in an amazing pair of performances for the semi-finals.

The Europa League 2018/19 final against Chelsea was heart-breaking for Arsenal fans, with Chelsea dismantling any form brought forward from the semi-finals. Other than a rocket from Iwobi at the edge of the box, 4 Chelsea goals ended Arsenal’s hopes of securing a trophy in brutal fashion.