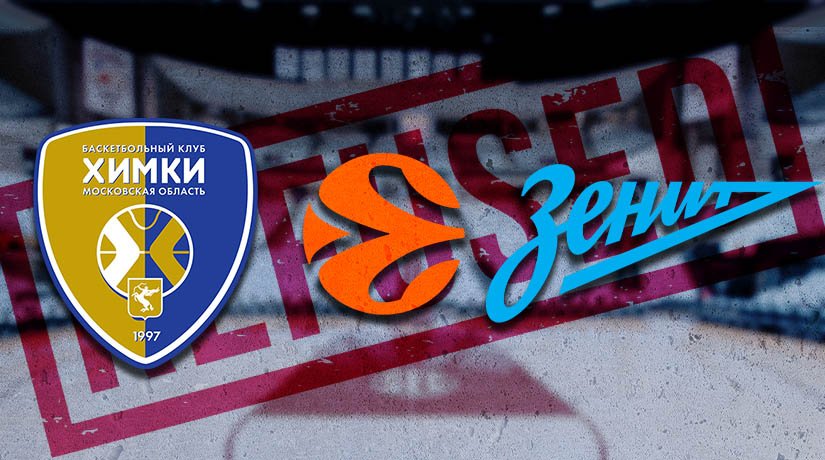 The Euroleague refused to postpone the matches of Khimki and Zenit due to the outbreak of coronavirus. St. Petersburg Zenit is threatened with technical defeats in their next games.

According to media reports, Zenit and Khimki sent letters to the Euroleague on Sunday, asking them to postpone the matches scheduled for next week. The St. Petersburg club on Sunday announced that the core team had quarantined after new cases of coronavirus infection were identified. Eight players, four coaches and one physiotherapist from Zenit’s core lineup have tested positive for coronavirus. The Petersburgers will not fly to Spain for the match against Baskonia and Valencia as the team is in quarantine.

Two sources said that the Euroleague made it clear to Zenit and Khimki that it was impossible to postpone the matches. However, the tournament leadership did not announce an official decision on this issue. In Saturday’s Euroleague game against the Lithuanian Zalgiris (70-84), Khimki used only seven players (eight were included in the application). Earlier, the club announced positive tests for coronavirus in five players. Thus, the Moscow Region club can recruit the squad for the matches with Real Madrid and Baskonia.