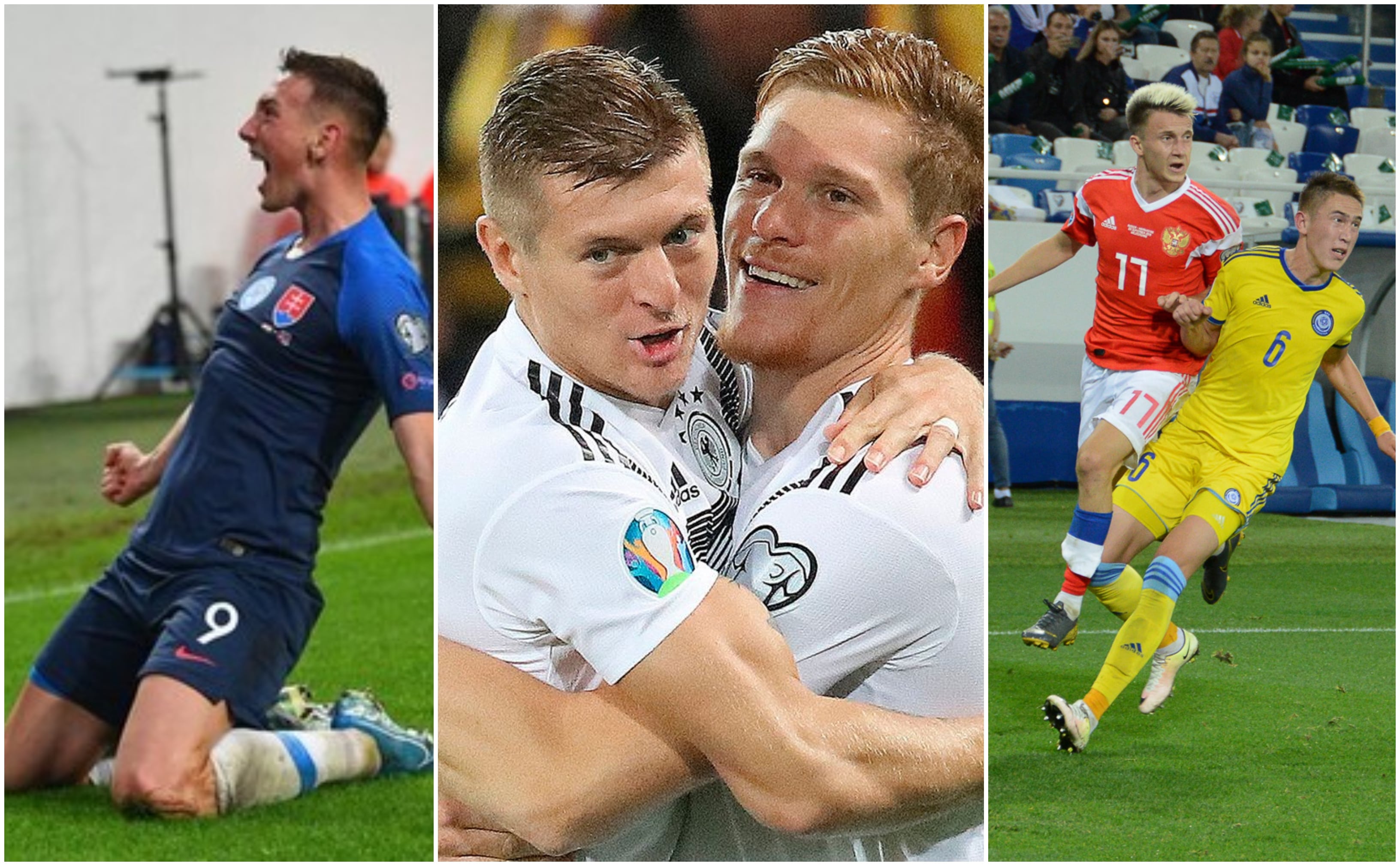 The international break has winded down for now and Monday saw a pivotal night of action in the next summer’s Euro 2020 qualifications. Let’s check out the round-up for the Euro 2020 matchday on September 9th.

Also, make sure to check out the round-up for Euro 2020 September 7th match day and September 8th Euro 2020 qualification round-up.

Northern Ireland had started their qualification campaign in excellent form, but there was a clear gulf in class between themselves and the 2014 World Cup winners. Germany took the lead early in the second half through Marcel Halstenberg, before Serge Gnabry added a second in injury time. The win ensured that Germany leap-frogged Northern Ireland into top-spot.

The Dutch also took full advantage of the slip by Northern Ireland, as they got within three points of the second automatic spot. A brace for Ryan Babel, as well as goals from Memphis Depay and Georginio Wijnaldum, ensured a comfortable evening for the Dutch.

Belgium made light work of Scotland at Hampden Park on Monday evening as goals from Romelu Lukaku, Thomas Vermaelen, Toby Alderweireld and Kevin De Bruyne gave them a 4-0 win. The win ensured a three-point gap at the top of the group.

Russia strengthened its position in second place with a last-gasp win over Kazakhstan in Moscow. The home side struggled to breakdown their opponents throughout, but finally got their goal with one minute remaining through Mario Fernandes. It looks almost guaranteed that it will be Russia and Belgium qualifying through this group.

One of the most significant results from Monday night saw Croatia held by Azerbaijan in Baku. Luke Modric put the visitors ahead from the spot in the first half before a fine goal from Tamkin Khalilzada pulled the outsiders level. The result means that four sides could still qualify from this group.

Slovakia took full advantage of the recent results in the group to seize the initiative and take the second spot, just like our Hungary vs Slovakia prediction has pointed out. Robert Mak put the visitors ahead before Dominik Szoboszlai equalized for the hosts. However, Robert Bozenik struck five minutes later to give a vital away win to the Slovakians.

Make sure to bet on Euro 2020 qualification round matches on 22Bet!