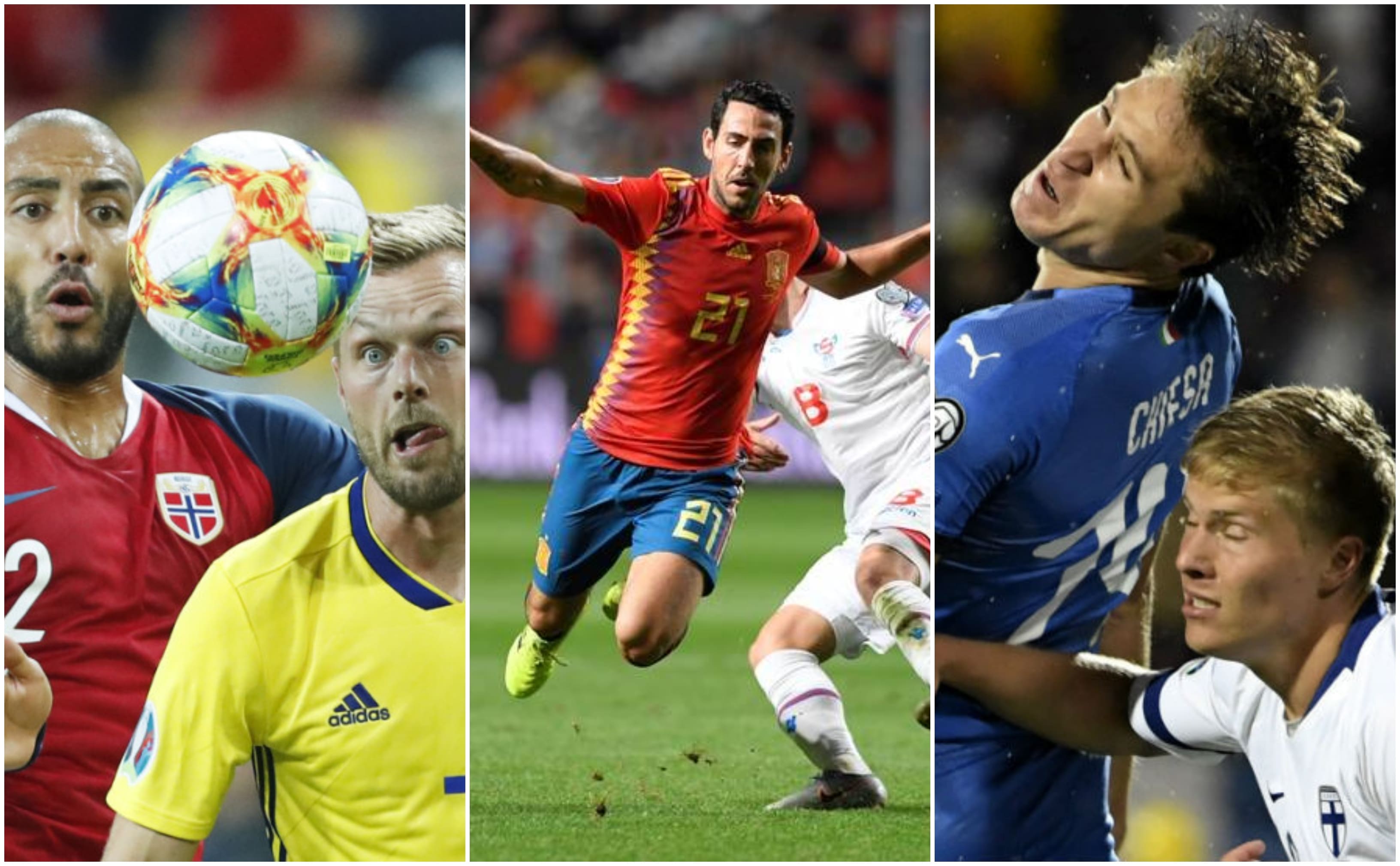 Sunday, September 8th, saw the final action of the weekend on the international stage of Euro 2020 qualification round, as some of the big-guns made their mark in their respective groups.

Spain put on a dominant display in front of their home fans to runaway to a 4-0 win against the Faroe Islands and maintain their place at the summit of Group F. There were braces for Rodrigo and Paco Alcacer; with three of the four goals coming in the second half.

An all-Scandinavian fixture in Stockholm saw the spoils shared in a competitive match which ensures Sweden remains in second-place. Stefan Johansen put the visitors ahead before the break. However, the Swedes struck back in the second period through Emil Forsberg. Sweden struggled to get the winner as they failed to turn their possession into goalscoring opportunities.

The top two met in Helsinki on Sunday evening, as Italy opened up a six-point lead and effectively book their place at next summer’s event. Ciro Immobile put the Italians ahead before Teemu Pukki equalised with 18 minutes remaining. Italy had the final word after being given a soft penalty. Jorginho made no mistake from the spot.

The two sides below the top two in Group J had the opportunity to close the gap, and it was Armenia that took full advantage in an entertaining game. Henrikh Mkhitaryan opened the scoring before Roma teammate Edin Dzeko levelled the scores. Mkhitaryan put the hosts back ahead before Amer Gojak equalised for Bosnia. However, Armenia looked the much stronger side in the closing stages and pulled ahead with goals from Hovhannes Hambardzumyan and Stjepan Loncar. Armenia now sit just three points behind Finland with four games remaining.

Switzerland closed the gap to Ireland at the top of Group D with a comfortable win over Gibraltar on Sunday night. Denis Zakaria, Admir Mehmedi, Ricardo Rodriguez and Mario Gavranovic were the goalscorers. The result was made even more important for the Swiss as Denmark drew 0-0 with Georgia on the same night.

Make sure to check out other odds on Euro 2020 qualification round on 22Bet.