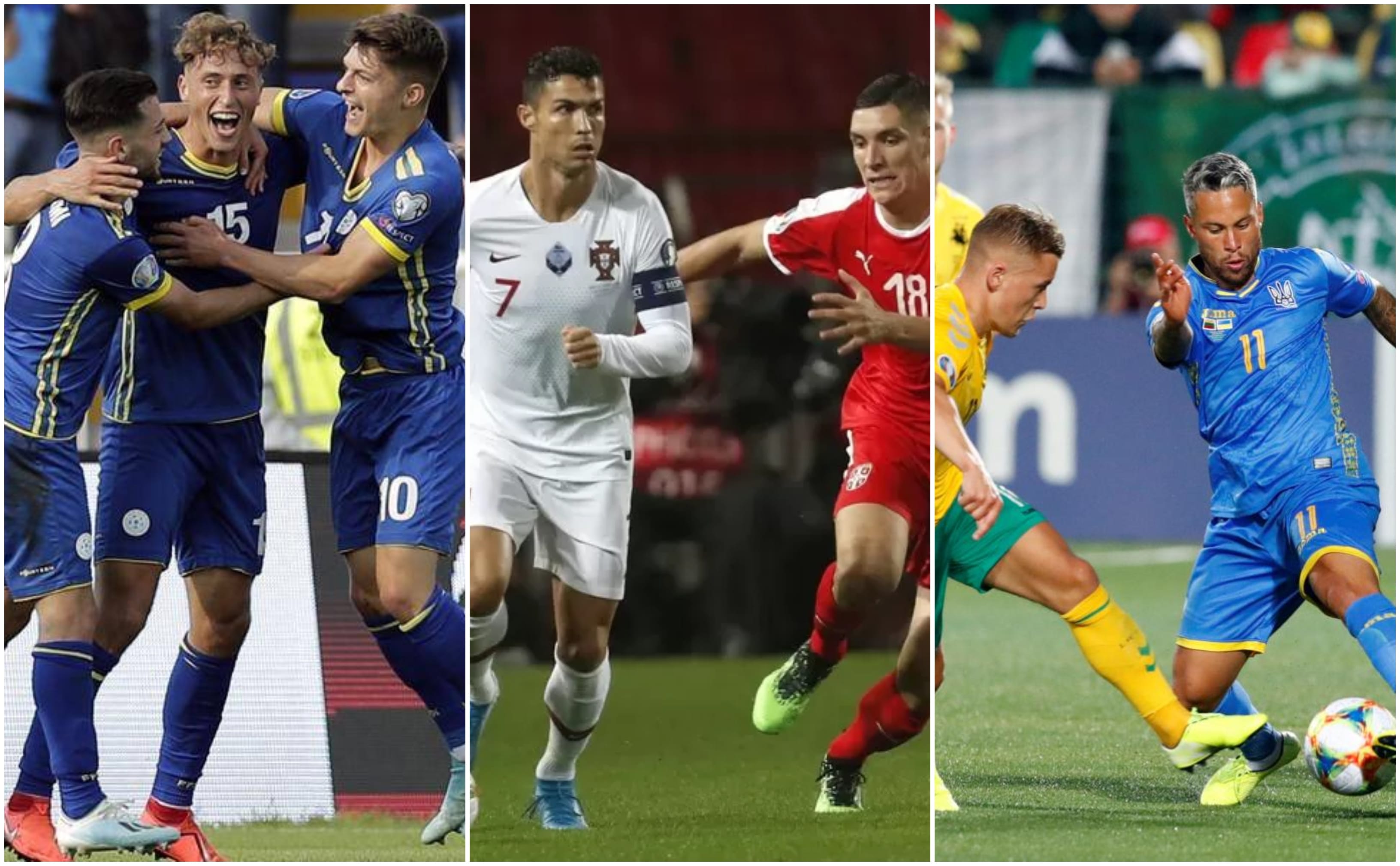 The race for a place in next summer’s European Championship 2020 is heating up, and the latest round of fixtures could go some way in ultimately deciding which nations will be competing in the biggest event of the summer.

The Three Lions continued their perfect start to qualification with an emphatic 4-0 win at Wembley. Harry Kane scored a hat-trick, while there was a seventh goal in seven international fixtures for Raheem Sterling. England could have one foot in the event next summer with a win over Kosovo on Tuesday.

Kosovo leapfrogged the Czech Republic on Saturday by beating them 2-1 in Pristina. The Czech’s went ahead through Patrick Schick. However, the game was turned on its head after goals from Vedat Muriqi and Mergim Vojvoda in front of their passionate home support.

The World Champions made light work of Albania in Paris on Saturday evening as a brace form Kingsley Coman, and an Oliver Giroud strike put them into a healthy lead. Nanitamo Ikone made it 4-0 before Albania got a late consolation from the penalty spot through Sokol Cikalleshi.

Iceland look to have recovered from their slump following last year’s World Cup, and now have a great chance of progression to next summer’s event. Kolbeinn Sigborsson, Birkir Bjarnason and Jon Dadi Bodvarsson were the scorers in their big win.

Portugal got their first win of the group stages with a fine attacking display against Serbia, just as our Serbia vs Portugal prediction has suspected. William Carvalho and Goncalo Guedes put Portugal into a 2-0 lead before Nikola Milenkovic pulled a goal back. Cristiano Ronaldo restored the Portuguese’s two-goal lead before Aleksandr Mitrovic pulled Serbia within one. Bernardo Silva struck late in the game for Portugal’s fourth.

Ukraine maintained their position at the top of Group B with a commanding victory in Lithuania. Oleksandr Zinchenko, Marlos and Rusian Malinovskiy were the scorers for the travelling side as they maintained their eight-point lead over Portugal.

Make sure to check out the odds on Euro 2020 qualifying matches and bet on 22Bet!